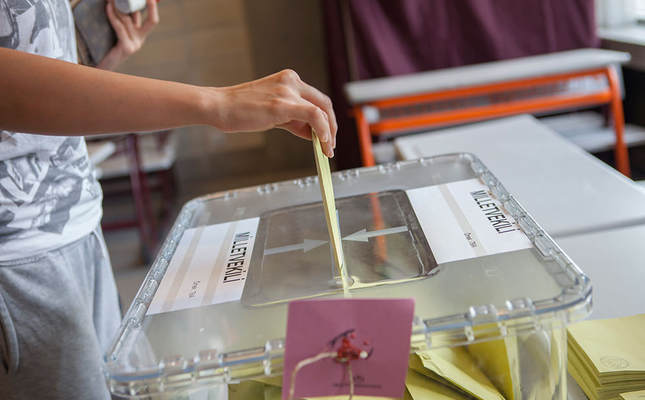 The AK Party has been in talks to try to find a coalition partner after losing its majority in the June 7 general elections for the first time since coming to power more than a decade ago. It has another three weeks to agree to a working coalition, try to govern alone or face a new election.

The fifth and final round of exploratory meetings between AK Party and Republican People's Party (CHP) delegations was held on Monday with a focus on foreign policy and Ankara's bid to join the 28-member European Union. CHP deputy chairman and spokesman, Haluk Koç, held a press meeting on behalf on the CHP team following the meeting in which he said that the party's duties are over for now and after this point the next step will depend on Prime Minister Ahmet Davutoğlu's decision. Culture Minister Ömer Çelik spoke on behalf of the AK Party team, emphasizing that the meetings with the CHP were held in a "courteous" atmosphere.

The formation of a possible coalition government will be decided by the party leaders, along with the authorized party committees, when the delegations submit their reports to their party's chairman. Interim prime minister and AK Party chairman, Ahmet Davutoğlu, and CHP Chairman Kemal Kılıçdaroğlu are to meet following the Supreme Military Council (YAŞ) meeting that concludes today. Davutoğlu and Kılıçdaroğlu are expected to meet on Thursday or Friday at the latest to finalize the coalition talks. Davutoğlu previously mentioned the AK Party will re-launch coalition negotiations with the MHP, leading some to claim that the CHP and AK Party delegations have not been able to agree to a coalition. In this regard, the fourth meeting on Saturday was the shortest meeting of all the exploratory meetings, lasting nearly three-and-a-half hours.

After the June 7 elections an AK Party-MHP coalition was considered the most probable option due to the closeness between the parties' voters' views, but MHP Chairman Devlet Bahçeli's harsh statements raised doubts about the coalition. Davutoğlu said in July that his party has no preconditions for coalition talks, but that they cannot open up the office of the president to debate. Davutoğlu held a press briefing at AK Party headquarters and announced that Bahçeli refused to be part of a coalition.