Arrest toll at 335 in raids against ISIS, PKK, DHKP-C 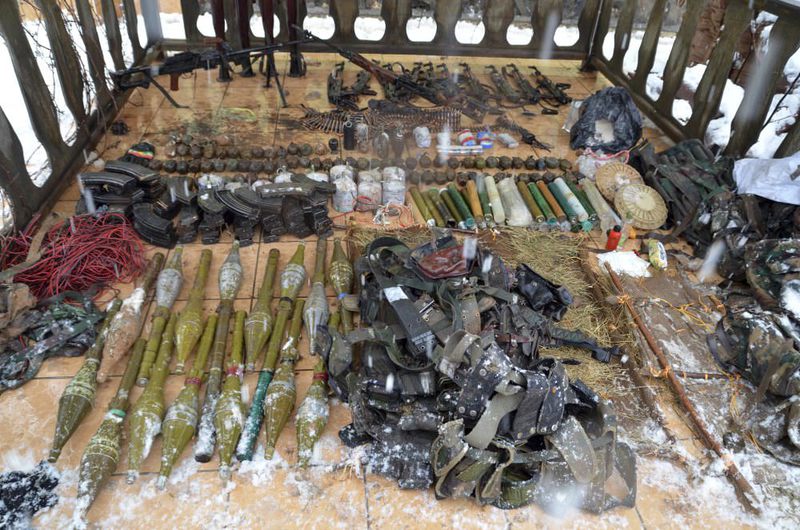 by Merve Aydoğan Aug 06, 2015 12:00 am
As the terrorist organization PKK has increased its terrorist activities throughout southeastern Turkey, the group has killed more than nine security officers and wounded more than 40 civilians and security officers in 11 days. In response, Turkey's General for Security's Department of Counterterrorism has begun an intense operation against the PKK, as well as all terrorist organizations including the Revolutionary People's Liberation Party-Front (DHKP-C), Marxist-Leninist Communist Party (MLKP) and the Islamic State of Iraq and al-Sham (ISIS). Under the comprehensive security operations carried out against the terrorist suspects across the country, about 2,000 out of nearly 3,000 suspects have been detained.

Out of the nearly 2,000 suspects who were sent to the courthouse after their police interrogations were finalized, 335 of them were arrested on charges of being involved with terrorist organizations. Furthermore, 15 long-barreled shotguns, 21 grenades, 85 handmade explosives, 450 Molotov cocktails and 65 guns were found in the possession those 335 suspects. Following the Suruç suicide bombing in southeastern Turkey that claimed 32 lives and injured more than 100, the PKK has killed many officers and civilians, totaling more than 20 attacks, to which the military has retaliated by bombing the organization's densely populated camps in northern Iraq. It has been reported that following the counter attacks against the PKK, nine terrorists were killed and four of them were captured injured. It has also been reported by the Turkish Armed Forces (TSK) that since the beginning of the operations against terrorist organizations within the border and across the border, more than 260 terrorists have been silenced with nearly 400 of them wounded.

Due to the PKK's recently ongoing terror activities, the president of the Iraqi Kurdistan Regional Government (KRG), Masoud Barzani, said the PKK was responsible for the end of the Kurdish reconciliation process in Turkey. In addition, many Western countries as well as the U.N. and NATO, condemn the PKK's terror attacks against Turkey, and state that they fully respect Turkey's rights to defend itself. After talks in Brussels, which were held at the behest of Turkey, NATO ambassadors said they "stand in strong solidarity" with Turkey, as the U.N. Secretary-General Ban Ki-moon said Wednesday, Turkey's actions were undertaken "in accordance with the U.N. Charter as a way of exercising self-defense."
Last Update: Aug 06, 2015 2:13 am
RELATED TOPICS