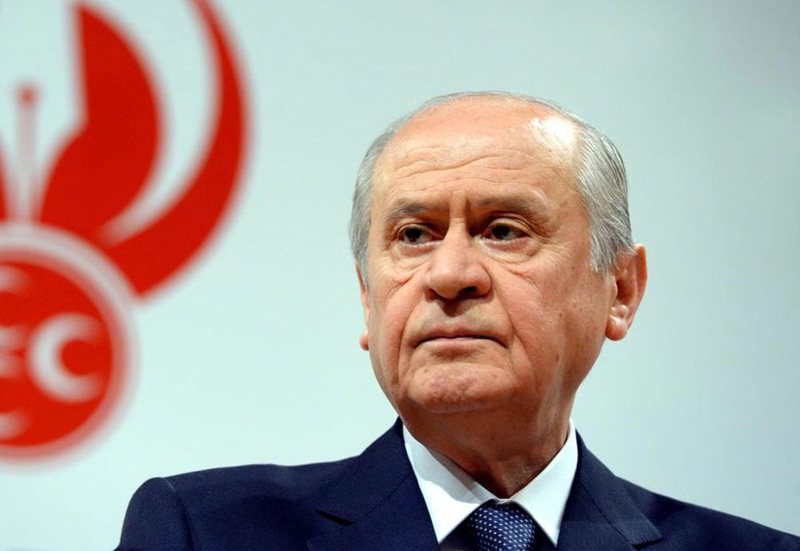 by Yunus Paksoy Aug 06, 2015 12:00 am
Nationalist Movement Party (MHP) Chairman Devlet Bahçeli stirred up many people over the weekend following his statement concerning those who voted for the Peoples' Democratic Party (HDP), calling them "dishonorable" due to helping the party get into Parliament in an attempt to prevent the Justice and Development Party (AK Party) from getting a parliamentary majority.

Bahçeli's remark landed like a bombshell and drew quick criticism from HDP voters. In the rather controversial statement, Bahçeli said: "Those pathetic people who lay on the sofas at their summer-houses in İzmir, Marmaris, not voting for the MHP with the aim of not helping the AK Party, but carrying the HDP into Parliament [and] those dishonorable people who benefit from Turkey, sipping their whiskies at their seaside residences along the Bosporus and voting for the HDP… Now go form a coalition with the HDP."

HDP Co-Chair Selahattin Demirtaş was not late to respond to Bahçeli's harsh statement. Demirtaş on Monday said: "I return all these words [to you] a thousand times over." He also emphasized that the HDP ranked third in Istanbul in the June 7 elections, receiving votes from the poorest districts and more than the MHP.

Bahçeli, however, did not stop there, and further targeted the HDP and its voters, making another statement late on Tuesday, this time on his Twitter account. Commenting on the much debated "honor" issue, Bahçeli said: "Those who shed blood, kill our sons in their sleep, slaughter our soldier while his wife and child are there … I can only call them 'dishonorable.' " He also added that he finds peace having called dishonorable people "dishonorable," saying it is a national responsibility.

The row between the MHP leader and the HDP is not limited to his recent statements. In a written statement on July 26 Bahçeli called on the General Public Prosecutor's Office of the Supreme Court of Appeals to take action against the "Qandil [Mountains] politicians who not only abstain from criticizing the terrorists, but even praise their heinous acts." This statement was followed by a response from Demirtaş: "The MHP should first consider their blood-stained history before bashing us."

As the tension between the MHP and HDP escalates, Bahçeli's last statement on Twitter is likely to create another wave of squabble over "honor."
Last Update: Aug 06, 2015 11:48 am
RELATED TOPICS