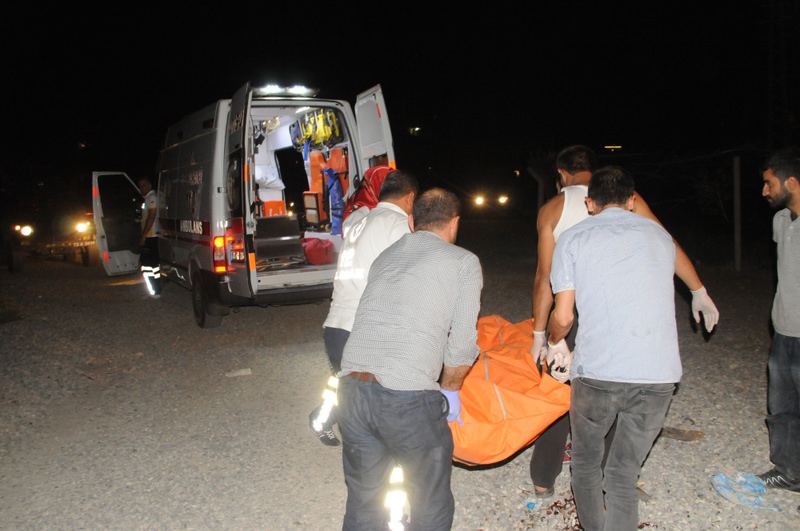 by Yunus Paksoy Aug 07, 2015 12:00 am
Following another wave of operations early on Thursday against the PKK terrorist organization in Istanbul, Gaziantep and Adıyaman, 31 suspects were detained. Meanwhile, a 31-year-old bus driver was killed in a roadside explosion carried out by the PKK's urban youth branch, the Patriotic Revolutionist Youth Movement (YDG-H), in the Cizre district of Şırnak province late Wednesday.

The Police Department's counterterrorism branch teams conducted a series of security operations against suspects linked to the group. The raids led to the detention of seven in Istanbul, nine in Gaziantep and 15 in Adıyaman. Many houses believed to be used by the PKK were searched in the operation carried out in Istanbul and two unregistered firearms, 70 bullets, one black cartridge and 107 shotgun shells were seized as well as documents and digital material linked to the illegal organization.

Even though the terrorist organization targeted police officers who would pass by, a minibus driven by Sahip Akıl got caught in the blast. It was yet another example of hideous attacks carried out by the PKK resulting in the death of a civilian.

Terrorists early on Thursday opened fire on armored police vehicles on patrol with rocket launchers and rifles in the Varto district of Muş province. While there has been no casualty, a large scaled operation has begun in the area with the aim of finding the perpetrators.

Furthermore, one soldier was killed and another injured on Tuesday after the PKK terrorist organization attacked a brigade command in the southeastern district of Silopi in the Şırnak province.

Ankara has intensified its counterterror operations in the wake of the recent attacks carried out by the PKK, which is recognized as a terrorist organization by the U.S., EU and NATO. More than 1,300 suspects have been detained following counterterrorism raids, according to a recent statement released by the Prime Minister's Office. The terrorist organization announced on July 11 the end of the cease-fire with Ankara. Since then there have been numerous attacks targeting soldiers, police officers and civilians across the country.Prime Minister Ahmet Davutoğlu last week took on all terrorist organizations attempting to set up attacks on Turkish citizens, saying that Turkey would retaliate by eliminating the perpetrators as a whole. He proved Turkey's determination to eradicate the terror in the country, adding "We will not agree to a ceasefire if our people are martyred."

Turkey has received support voiced by top officials from Europe, the U.S. and other international organizations with regard to its operations against the terrorist organization. U.N. Chief Ban Ki-moon, for example, on July 29 backed Turkey's fight against the PKK, saying: "I know that this action taken by Turkey was done in accordance with the U.N. charter as a way of exercising self-defense."