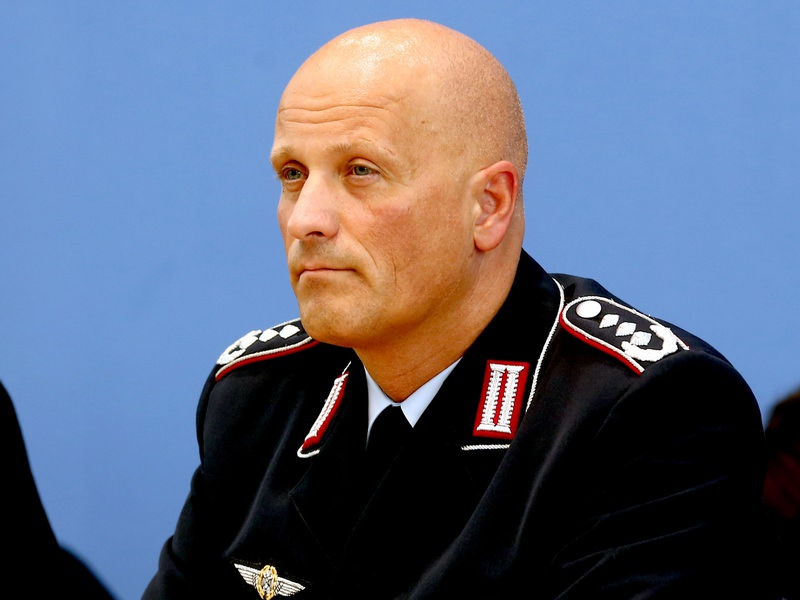 by Daily Sabah with AA Aug 18, 2015 12:00 am
Germany has denied reports that its decision to end its deployment of Patriot anti-missile systems in southern Turkey is a reaction to recent Turkish military operations against the PKK terrorist organization.

Defense Ministry spokesman Ingo Gerhartz said Monday that Germany's decision to end its contribution to NATO's Patriot system in Turkey was taken after a review within the alliance in June, which concluded that the threat against Turkish territories by Syrian ballistic missiles was very low.

"The decision to end deployment of Patriots was taken in coordination with Turkey and the U.S.," Gerhartz said at a press conference in Berlin.

About whether Turkey's military operations against the PKK and the collapse of the "solution process" had made an impact on the decision, he said: "It played no role."

"There should be absolutely no doubt on Germany's solidarity with its NATO ally Turkey," Schaefer said at the press conference.

In Washington, Pentagon spokesman Capt. Jeff Davis emphasized that the decision to not renew the stationing of the U.S.'s anti-missile batteries was based on the need to update the systems, as well as a diminished threat from Syria.

"The need to upgrade is what is the immediate impetus for it, but it is also reflective of a change, in our view, of our threat calculus there," Davis told reporters, noting that the U.S. was not considering a redeployment of the system after the weapons were upgraded.

"It's widely documented that they [Syria] fired significant numbers of Scuds early on in their civil war at targets inside their country, and that has now largely stopped."

The deployment of the U.S.' Patriot batteries, which have been in place since 2013, is set to expire in October.

State Department spokesman John Kirby denied reports that Turkey was "livid" with the decision, adding" "The conversation was very candid and forthright, and that at the end of it, they understood the reasons behind it."

Regarding the agreement for Washington to use Turkish bases in the fight against ISIS, Davis said the U.S. was considering the use of additional bases for stationing recovery teams for coalition personnel, particularly downed pilots.

"Right now we have just the F-16s at Incirlik, and we could potentially bring personnel recovery assets in as well. That's in active discussions, and that would be at a different location potentially," he said.

Several German newspapers claimed over the weekend that Germany had demonstrated its uneasiness over recent Turkish military operations against the PKK by withdrawing its Patriot system.

The German government expressed support last month for Turkey's anti-terrorism operations amid escalating violence by the PKK, but also urged Ankara to not give up efforts for a political solution to the issue. It also called for stronger efforts by Ankara in the fight against ISIS.

German Defense Minister Ursula von der Leyen said Saturday that the end of the Patriot mission in Turkey by January 2016 would not mean the end of Germany's engagement in the region.

"The threat in this crisis-ridden region has now another focus. Today, it is about the terror organization ISIS," von der Leyen said in a written statement.

"Therefore, we will continue our engagement for the stability of the region. Not only by training and supporting the Kurdish and Iraqi security forces in Erbil, but also with our naval force under the UNIFIL off the coast of Lebanon or with the Active Endeavour operations in eastern Mediterranean," she said.

Germany had deployed Patriot batteries in the southern Turkish city of Kahramanmaras since January 2013, as part of a NATO mission to counter possible threats from Syria.

Germany provides two of five NATO batteries and around 250 personnel to the mission, which is mandated till end of January.

The deployment was criticized by opposition parties in Germany in recent months for being costly and ineffective and media reports claimed the mission was using too many of the German army's missile specialists.
Last Update: Aug 18, 2015 9:44 pm
RELATED TOPICS