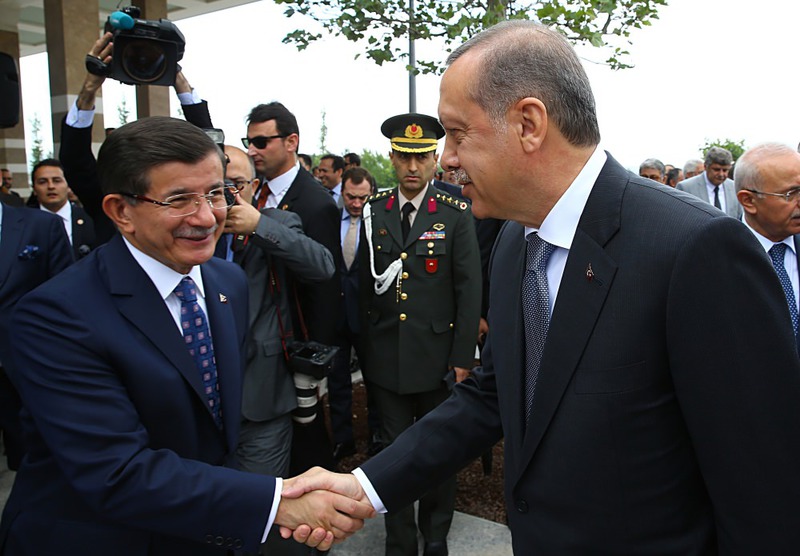 by Ali Ünal Aug 19, 2015 12:00 am
After weeks of talks with opposition, where parties failed to produce a coalition, interim prime minister and the chairman of the ruling Justice and Development Party (AK Party), Ahmet Davutoğlu, returned the mandate to form the next government to President Recep Tayyip Erdoğan on Tuesday evening. While the 45-day deadline to form a government defined by the Constitution will be expiring on Aug. 23, speculation whether Erdoğan will give a new mandate to the leader of the Republican People's Party (CHP), Kemal Kılıçdaroğlu, is also growing.

However, it's highly unlikely that Kılıçdaroğlu will be able to form a coalition before Aug. 23 taking into consideration the current position of the Nationalist Movement Party (MHP) and the Democratic Peoples' Party (HDP).

Furthermore, President Erdoğan is not obliged by law to give a mandate to Kılıçdaroğlu and the political customs of the country have several examples that demonstrate that the President can mandate any deputy to form a government. Most recently in 1998, the then-President Süleyman Demirel charged independent deputy Yalım Erez, with the task of forming the government instead of Tansu Çiller, who was the leader of the biggest party, the True Path Party (DYP), where after Erez failed to form a government.

As the other political parties are not able to form a government, President Erdoğan is expected to call for re-elections according to the 116th Clause of the constitution on August 23. According to the constitution, if a cabinet cannot be formed or a vote of confidence not passed within 45 days of the Bureau of the Assembly's establishment, the president has to consult with the parliamentary speaker and decide for re-elections. After the decision is published in the official gazette, the election process begins. The constitution states that the current government has to resign and the president has to appoint a prime minister who is to form a temporary cabinet until the elections. President Erdoğan previously expressed that he would not assign CHP Leader Kemal Kılıçdaroğlu with the duty of forming the government, after Prime Minister Davutoğlu returns the duty. In this case, it is anticipated that Erdoğan will appoint Davutoğlu as the prime minister of the interim election government, which will mark the start of the re-election process.

If Erdoğan decides for an interim election government, for the first time in its political history, Turkey will go to the polls in November with a temporary cabinet. Accordingly, the Minister of Justice, Minister of the Interior and Minister of Transport will be selected from independent candidates, whether a member of parliament or not. The rest of the ministries will be distributed among the parties in the parliament, according to their share of the total votes in June 7 elections. There are a total of 25 ministries, including the four Deputy Prime Minister posts and 22 out of 25 will be distributed among parties, as three of the ministries are to be headed by independents. If there were 23 ministries, the AK Party would receive 11 ministries, the CHP six, the MHP three and the HDP three.

Besides this position of the political parties whether they will be part of the temporary cabinet is not very clear yet. The MHP made clear that it will not be part of a coalition government therefore their participation is not expected. However, HDP spokesman Ayhan Bilgen stated on Tuesday that the HDP won't refuse participating in a temporary cabinet. The CHP's stance is not clear yet. CHP deputy group chairman Engin Altay said on Tuesday that they will not participate in the temporary cabinet if the MHP and HDP do not offer members.

Details of the formation the temporary cabinet is defined by 114th Clause of the constitution and accordingly party members who do not accept the ministerial posts offered to them will be replaced by independent persons from within or outside the Parliament. The constitution also states that the temporary cabinet will be formed within five days of publication in the Official Gazette of the decision to hold new elections.