Head of religious body calls for unity against ISIS terror 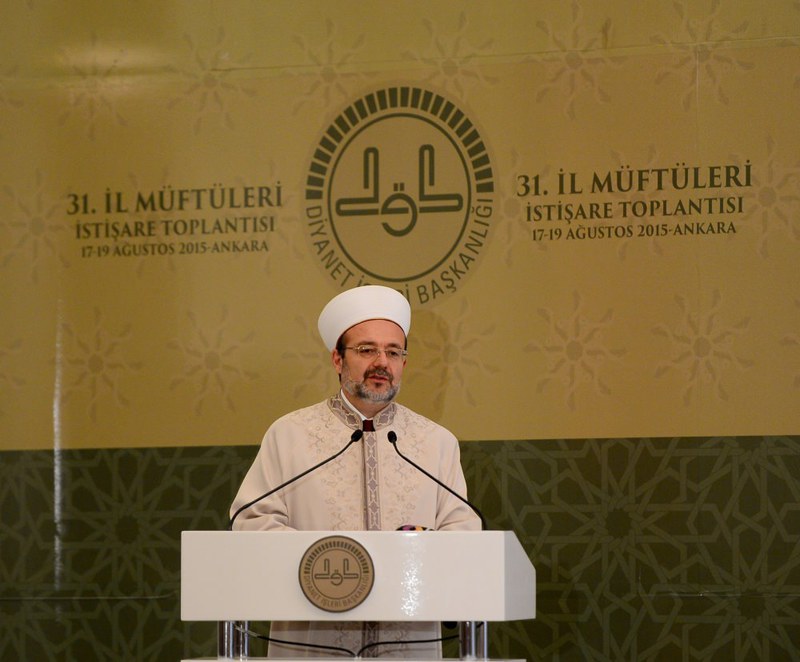 by Sena Alkan Aug 20, 2015 12:00 am
The head of the Presidency of Religious Affairs (DİB), Mehmet Görmez, in an opening speech at a consultation meeting held in Ankara, called on Muslims to unite against the Islamic State of Iraq and al-Sham (ISIS), which has spread terror throughout the region, saying ISIS is a terrorist organization that portrays Islam as a bloody religion.

"[These sorts of organizations] have taken Muslims' sensitivity into captivity with their different interpretation of Islam and have depicted this religion as a bloody one with the unpleasant images they create," Görmez said, adding that the only fund of these organizations is the religion that they use and the arms they bear mercilessly. Saying that Islam is a religion of peace and mercy for all humanity, he said that extremist organizations like ISIS put a shadow on the real message that Islam gives to people and has caused Islamophobia in Western countries.

"This organization [ISIS] that is widely spreading through the regional dynamics turned its gun toward Muslims as a part of an international strategy," he said.

"Each Muslim, each Islamic scholar has a responsibility to detect the problems stemming from us and take conscious and concrete steps against these plots. … In this regard we should contact those who are deceived by ISIS and try to show the reality behind it while fighting terror and violence," the religious head said. Recently, a video released by ISIS calling on Turkish people to "conquer Istanbul and Turkey from the ones who cooperate with the West," while referring to President Recep Tayyip Erdoğan as a "satan" who sold the country to the U.S. and Western powers and harshly criticized him for supporting the U.S.-led coalition against ISIS. Speaking in Turkish, the unidentified ISIS terrorist says that it is necessary for the people of Turkey to rebel against the "atheists, crusaders and 'satans' who fool them and make them a slave to the crusaders" before it is too late. "You first need to repent from all the reasons, caused by this treacherous satan [Erdoğan] and his friends, that bother you," the militant said, and added: "Turkish people should refuse to accept democracy, secularism, human laws, and all types of other evils." The terrorist urged Turkish people to join the side of ISIS and fight against the Turkish state, which he claimed was ruled by a satan, referring to Erdoğan, and democracy.
Last Update: Aug 20, 2015 1:33 am
RELATED TOPICS