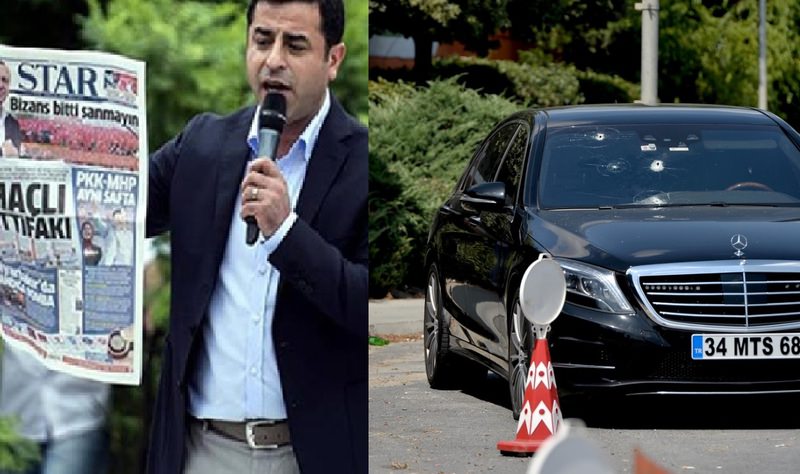 by Daily Sabah Aug 20, 2015 12:00 am
Media Association of Turkey released a written statement on late Thursday in which it strongly condemned the attack which targeted Star Media Group Chairman Murat Sancak earlier on the same day.

"Does a media building have to be blown up for people to realize the severity of the situation?," the statement said.

"We are witnessing the fact that recent terror attacks in our country have also targeted media institutions and journalists. Star Media Group Chairman Murat Sancak was targeted in a heinous terror attack this morning. We are considering this attack as a follow-up of last month's failed attempt to bomb Star Headquarters," the statement added.

The statement also emphasized that the attack targeted the whole nation and journalists in particular. "We expect that the perpetrators get the punishment they deserve," said the statement.

Saying that the offensive language used by some politicians, especially pro-Kurdish Peoples' Democratic Party (HDP) co-chair Selahattin Demirtaş, played an important role in the terror attacks against journalists, "Selahattin Demirtaş, who insulted Star's journalists by throwing a copy of the newspaper to the ground and jumping on it, has made Turkish media and journalists the target of terrorist organizations. Selahattin Demirtaş, who claims to be a peaceful politician and the HDP that can never truly become a party of Turkey, have become the main supporter of PKK in politics," the statement further added.
Last Update: Aug 20, 2015 8:49 pm
RELATED TOPICS