Turkey is the hope of all Muslims around the world, says Erdoğan 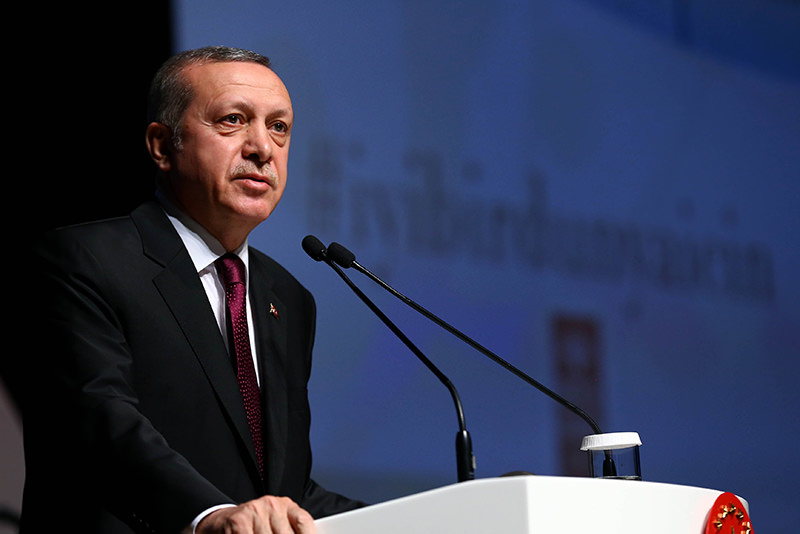 by Emre Başaran Aug 20, 2015 12:00 am
President Erdoğan on Wednesday addressed muftis at the Presidential Palace in Ankara and emphasized the importance of Turkey for the Muslim world, saying "Turkey is the hope of all Muslims around the world."

Also emphasizing the importance of a proper reading of Qur'an and the fundamentals of Islam to fight every kind of terror, he said that Turkey bears a tremendous responsibility to help overcome the crisis the Muslim world is facing. "We are now witnessing the rising hostility among Muslims. Muslims kill each other. Science has fled the Muslim world and left the ground to ignorance," he added.

"Muslims walking away from the guidance of the Qur'an and Sunna fell into the clutches of sectarianism, racism and worldliness. A Muslim should not be hostile against another Muslim. A true believer cannot have any intention to kill his Muslim brother. A Muslim should act without hatred and speak gently. To speak honestly, I can be uncompromising from time to time but I cannot help it when my heart is torn out," he said, implying his strong reactions against recent PKK terror attacks in Turkey, which resulted in the deaths of many innocent civilians and security officers.

The Turkish President said that Turkey bears tremendous responsibility to tell the truth and warn Muslims. "Muslim world expects support from Turkey. Turkey is the hope of all Muslims around the world. We have to wake up and act responsibly," he further added.