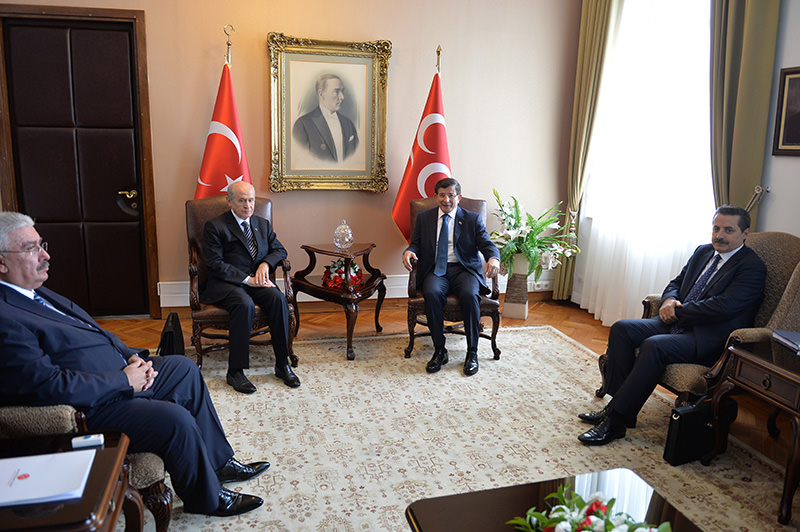 MHP earlier put forward four conditions for forming a government which included ending the reconciliation process with Kurds, re-launching a probe over December 17 corruption allegations, putting a distance with the President and the protection of seperation of powers between different branches of the government.

During a meeting between Prime Minister Davutoğlu and MHP's leader Devlet Bahçeli, Bahçeli said that there would be no coalition at the beginning of the meeting, closing the doors of negotiation.

"We tried our best" Davutoğlu said, highlighting that as the Prime Minister, he tried all means to ensure that Turkey was not left without a government.

The Prime Minister and AK Party chairman Davutoğlu was asked by President Recep Tayyip Erdoğan to form a new government on July 9 within a 45-day timeframe that ends on Sunday.

Since July 13, Davutoğlu met with both Kılıçdaroglu and Bahçeli in abortive coalition talks which ended without a positive outcome to form a government.
Last Update: Aug 21, 2015 5:44 pm
RELATED TOPICS