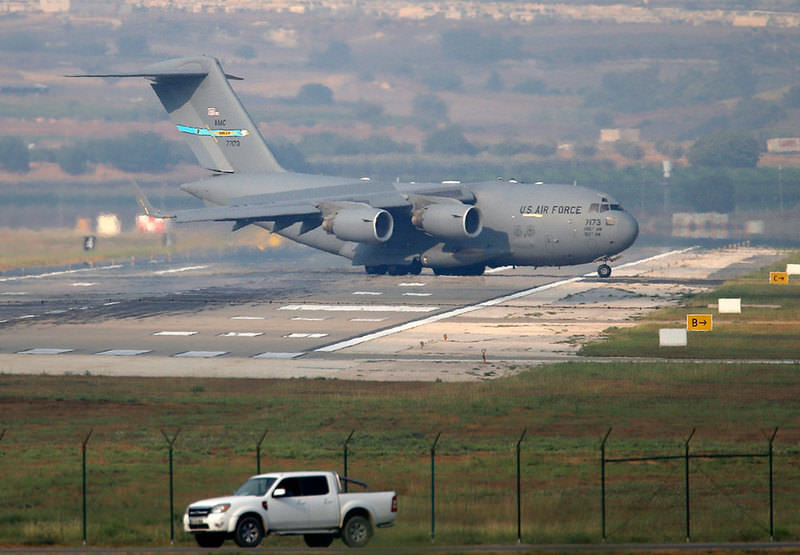 by Mehmed Cavid Barkçin Aug 25, 2015 12:00 am
Foreign Minister Mevlüt Çavuşoğlu announced on Tuesday that Turkey and the United States have finalized the technical details of the agreement regarding the operations against the Islamic State of Iraq and al-Sham (ISIS).

During a joint press conference with his Turkish Cypriot counterpart Emine Çolak, Çavuşoğlu was asked a question regarding Turkey and the U.S.'s joint operations against ISIS. Reminding the assembled journalists that on the previous day he had stated that the meetings regarding the special operations as part of the U.S.-Turkish common accord were finalized, Çavuşoğlu acknowledged this information. Çavuşoğlu said, "After my said statement, this procedure was also signed by Turkish and U.S. military officials. This is a technical matter. It is reflected as if there is a lack of consensus between Turkey and the U.S.; however, I had stated that the meetings were finalized, not the ratification. It is possible that the U.S. spokesmen emphasized the signing part and said that the details are soon to be finalized. There aren't any contradictions here. Maybe, because of the time zone difference, they had a delay in knowing what was happening. Nevertheless, our statement on the previous day is accurate. The military officials have also signed this agreement. How the joint operations will be realized is a matter of the military and its related institutions."

As a matter of fact, just hours before the Foreign Minister's statement, U.S. State Department spokesman John Kirby on Monday lashed out at criticism of Turkey lagging behind in its efforts as a member of the anti-ISIS coalition.

"They've allowed us to use airbases now. They're going to soon be flying in the coalition air tasking order, you know, inside the coalition planning cycle for air ops, and yet I continue to get questions up here, that you know, why they aren't doing more; why aren't they doing enough," Kirby said.

Kirby made it clear that there is not a different approach between the Defense and State Departments in that respect, noting that he found it "interesting" that the discussions around Turkey's efforts continue, despite its efforts.

"Here's a nation that has 2 million refugees from Syria that it's taking care of. With significant security concerns of their own, a foreign terrorist group, like the PKK, continues to attack them, as we saw throughout the weekend," he added, referring to the ongoing killing of Turkish security personnel in PKK attacks.

Ironically after Çavuşoğlu's statement on Tuesday, French President Francois Hollande said Turkey must do more to tackle ISIS in Syria and urged the country to refresh dialogue with the PKK after launching strikes against them more than a month ago.

"All the players need to be part of the solution. I'm thinking of Gulf Arab states and Iran. I'm thinking of Turkey, which needs to be involved in the fight against the Islamic State, and needs to re-launch dialogue with the Kurds." Hollande said, while the Turkish foreign minister told Reuters on Monday that Turkey and the United States would launch air operations to push ISIS from a border area in northern Syria, something that could help prevent the militants bringing fighters and arms in.