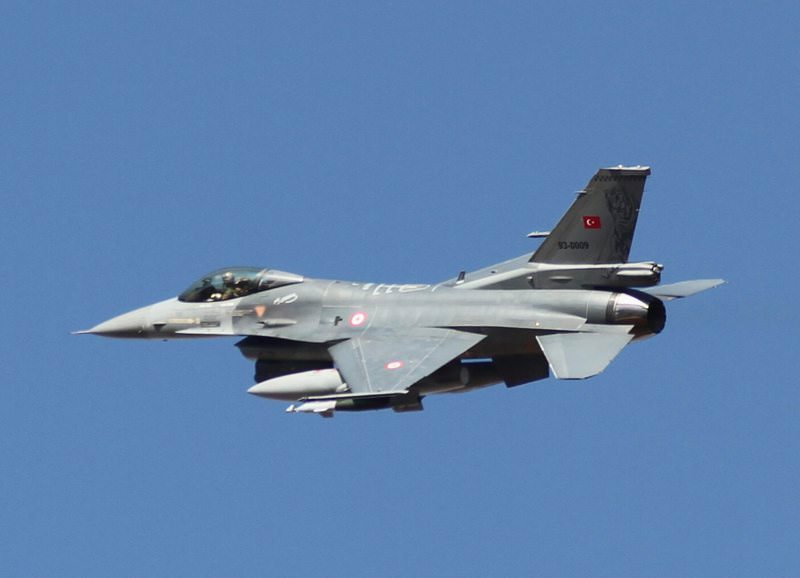 by Daily Sabah with AA Aug 28, 2015 12:00 am
Turkish jets will soon fly alongside U.S.-led coalition aircrafts in the fight against ISIS terrorist organization, a Pentagon official said Thursday.

Navy Capt. Jeff Davis told reporters that American and Turkish military experts have put the final touches on an agreement signed earlier this week but declined to give an exact date when Turkish aircrafts would join the coalition.

"I am not going to give you days and hours but very soon," he said, noting that Turkey's participation would give the coalition the ability to fly more missions within the air campaign against the militant group.

The agreement, in part, allows the U.S. to conduct manned and unmanned flights out of the Incirlik Air Base in southern Turkey, and for Turkish jets to conduct airstrikes against ISIS.

Turkey last month conducted solo airstrikes against ISIS targets inside Syria but the agreement with the U.S. will set a common targeting process that integrates Turkish jets into the coalition force.

Davis said ISIS would be the only target and that Turkey will join airstrikes against the militant group in Iraq and Syria.

To avoid the risk of aircrafts running into each other, Davis said Turkey will continue to inform the coalition of planned airstrikes against the PKK terrorist organization - listed as terror group by the U.S. and the European Union - that Turkey has fought for decades.

"When it comes to their actions against the PKK, we certainly recognize their rights to defend themselves," he said. "The PKK which is a recognized terrorist organization has a long history of launching attacks on Turkey," he added.
Last Update: Aug 29, 2015 4:27 pm
RELATED TOPICS