Women should be main decision makers in the world, PM Davutoğlu says 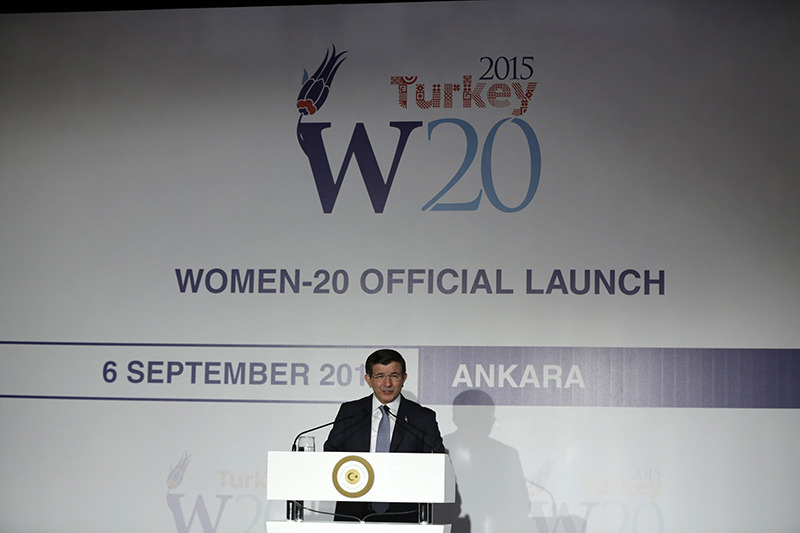 | AA Photo
by Daily Sabah Sep 06, 2015 12:00 am
Prime Minister Ahmet Davutoğlu underscored the crucial role of women in everyday and global affairs on Sunday and said that women could be the main decision makers in the world.

Speaking at the W20 official launch event – a group promoting gender equality under the auspices of the G20- in Ankara, Davutoğlu stated that empowering women was significant for a better future.

"We want more women to participate in politics" Davutoğlu said, underscoring that Turkey strives to provide equal education and occupational opportunities for women at home and throughout the globe, while supporting cooperation in regional projects.

He said one of the best indicators for the prosperity of a country was the smile on the face of its women: "If the women are smiling... you can be sure that their country is happy."

Touching upon the increase in the participation of women in the workforce, Davutoğlu said that women's empowerment gives hope for the future and that economic power was directly linked with democracy.

"The number of women entrepreneurs in Turkey increased by 42 percent when there was an economic crisis in the EU, perhaps this was one of the reasons why Turkey was able to overcome the economic crisis" Davutoğlu said, and added that the government consistently works on bringing legislation to increase the participation of women in the workforce and provides financial and maternity incentives for women to contribute to the economy without having to forsake their careers.