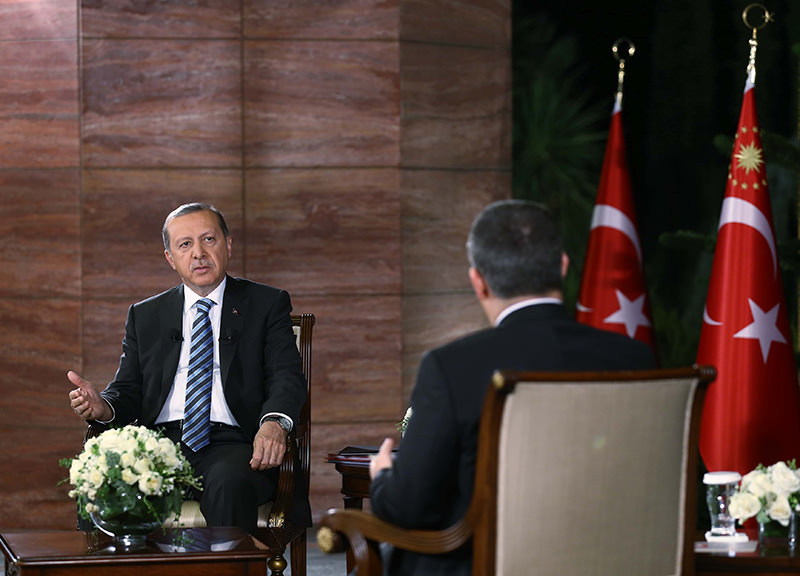 Referring to the HDP, Erdoğan told a live interview on broadcaster Kanal7-Ülke TV: "If they do not have PKK in their behind, they will not be able to come here... and they are trying to stand with support from the terrorist organization."

The president said he initiated the reconciliation process to end the conflict between the terrorist organization PKK and the Turkish state, not the HDP, who he claimed undermined negotiations to end the 30-year war.

He also called for the terrorist organization PKK to lay down and bury their guns or leave Turkey.

Since the conflict was renewed, 123 members of the Turkish security forces and 29 civilians have been killed by the PKK, according to the government. The Turkish military says it killed 1,196 PKK terrorists in ground and air operations between July 22 and Sept. 17.