Turkey is the final sanctuary for Muslims, President Erdoğan says in his Eid message 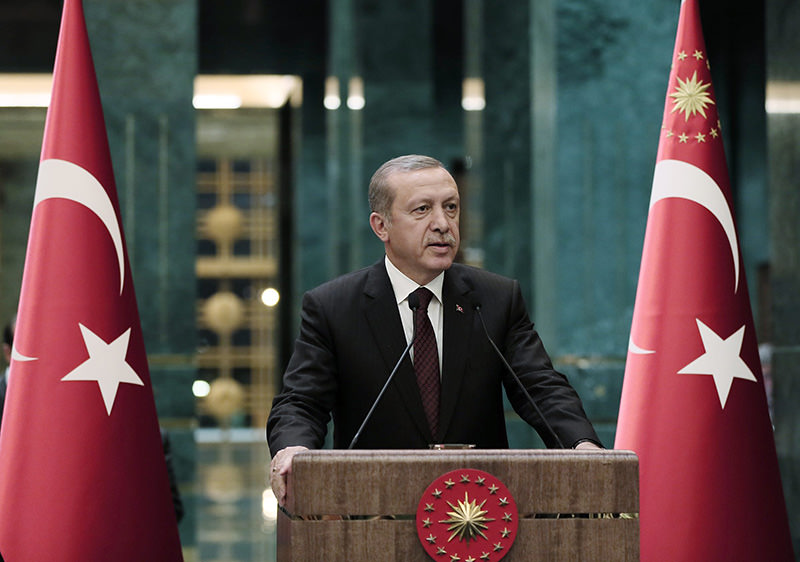 "Eid is an occasion to refresh our conscience of fraternity and to enhance the love and solidarity between us," President Erdoğan said in his Eid message. "It can only have true meaning if we can experience the joy and happiness it brings to humanity."

The Turkish president noted that the blood of Muslims flows through streets of the Muslim world rather than the flood of animals, which would be sacrificed during Eid. While ancient cities of the Islamic world which were known for having welfare and peace have now become lands abandoned by the people amid conflict, blood and tears.

"In Jerusalem, the privacy of the first qiblah of Muslims, Masjid al-Aqsa is being trampled on by Israeli soldiers," President Erdoğan said.

He also touched upon the terrorist attacks carried out by PKK terrorists in Turkey and said their aim was to bring the people of Turkey at odds with each other.

"Each and every single citizen who lives in this country is equal, and has equal value," the President said and noted that the spirit of unity, fraternity and solidarity has enabled the people to overcome critical periods together.

President Erdoğan also called on all citizens to embrace the Syrian and Iraqi guests who have taken refuge in Turkey, as well as pay their duty of loyalty to the families of 'brave Turkish soldiers' who were ruthlessly killed by PKK terrorists.

The Turkish president also urged citizens to drive safely while traveling during the Eid holidays, and respect traffic regulations in order to prevent accidents.

Kurban Bayramı, Eid al-Adha is one of the two main religious festivals celebrated as a national holiday in Turkey and observed by Muslims all over the world. It falls around 70 days (depending on the lunar calendar) after the end of Eid al-Fitr, which takes place at the end of Ramadan, and coincides with the end of the annual pilgrimage to Mecca. It is a religious holiday which emphasizes charity through the tradition of sacrificing an animal and distributing the meat to those less fortunate.
Last Update: Sep 23, 2015 3:43 pm
RELATED TOPICS