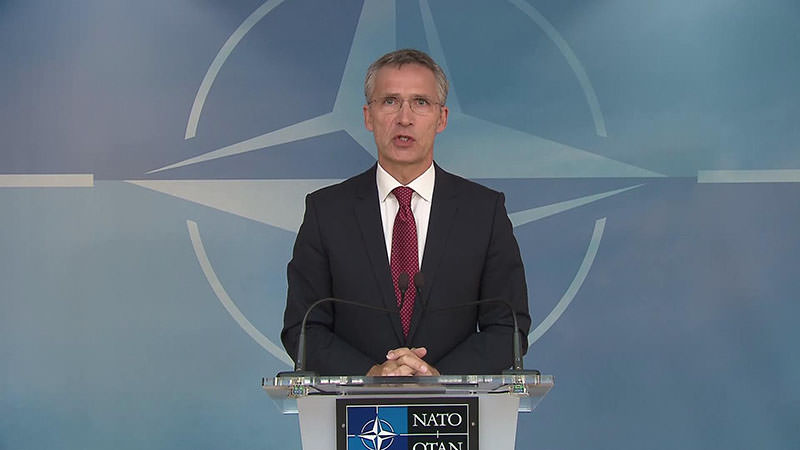 NATO Secretary General Jens Stoltenberg
by Daily Sabah with Reuters Oct 05, 2015 12:00 am
NATO denounced Russia in a statement on Monday for violating Turkish airspace along the frontier with Syria, while NATO ambassadors told Russia to halt its incursions into Turkey's airspace saying the violations were both 'extremely dangerous' and 'irresponsible'.

Following an emergency meeting in Brussels, ambassadors to the U.S.-led alliance called on Russia to immediately explain itself, while expressing concern for Russian military attacks on Western-backed rebels in Syria.

"Allies strongly protest these violations of Turkish sovereign airspace, and condemn these incursions into and violations of NATO airspace," NATO said in a statement.

"Allies also note the extreme danger of such irresponsible behaviour. They call on the Russian Federation to cease and desist, and immediately explain these violations."


Moscow's unexpected move last week to launch air strikes in Syria has brought the greatest threat of an accidental clash between Russian and Western forces since the Cold War.

Russian war planes and those of the United States and its allies are now flying combat missions over the same country for the first time since World War Two, with Moscow repeatedly targeting insurgents trained and armed by Washington's allies.

In a second incident, the Turkish military said a MiG-29 fighter jet - an aircraft used both by Russia and Syria's own air force - had harassed two of its F-16s by locking its radar on to them on Sunday as they patrolled the border.