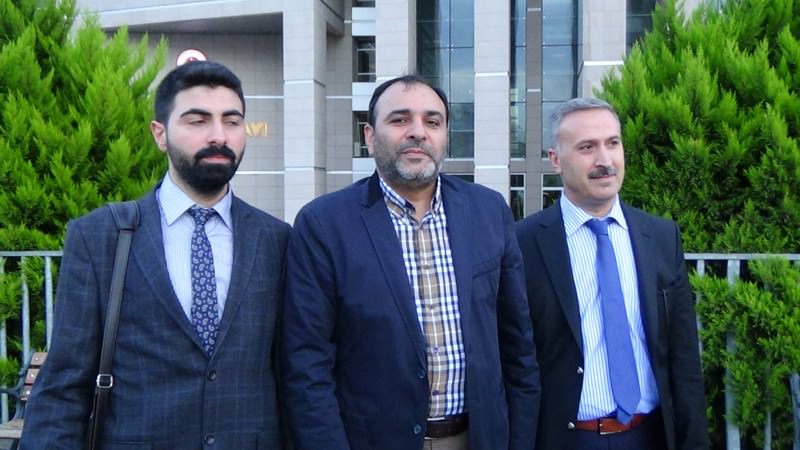 by Daily Sabah with Wires Oct 09, 2015 12:00 am
The editor-in-chief of Gülen Movement-affiliated Today's Zaman newspaper, Bülent Keneş, has been arrested on Saturday for insulting Turkish President Recep Tayyip Erdoğan on Twitter.

Istanbul public prosecutor Umut Tepe had demanded arrest warrant on Friday for Keneş, after his release the previous day.

The head of the Gülenist daily was released on probation on Oct. 8 after he was sent to court with a demand for his arrest for insulting President Erdoğan on Twitter. It was reported by Ihlas News Agency that Keneş said "They will regret releasing me, I will make them pay" in a statement he gave to journalists after the verdict.

The prosecutor's office sent Keneş to court for arrest while he was in the office to testify.

"Press prosecutor Umut Tepe has sent me to court for arrest for defaming the president in my Twitter posts" Keneş tweeted before the court ruling.

Today's Zaman, which is the English version of the Turkish language daily Zaman, is close to the Gülen movement led by U.S.-based fugitive imam Fethullah Gülen.

Following the 17-25 December 2013 coup attempts by the Gülen Movement to overthrow the democratically elected government, thousands of members of the organization were purged from police forces and the judiciary.

Hidayet Karaca, the head of Samanyolu Broadcasting Group, also linked to the Gülen movement, has been under arrest since December 14 on charges of terrorism.
Last Update: Oct 10, 2015 1:48 pm
RELATED TOPICS