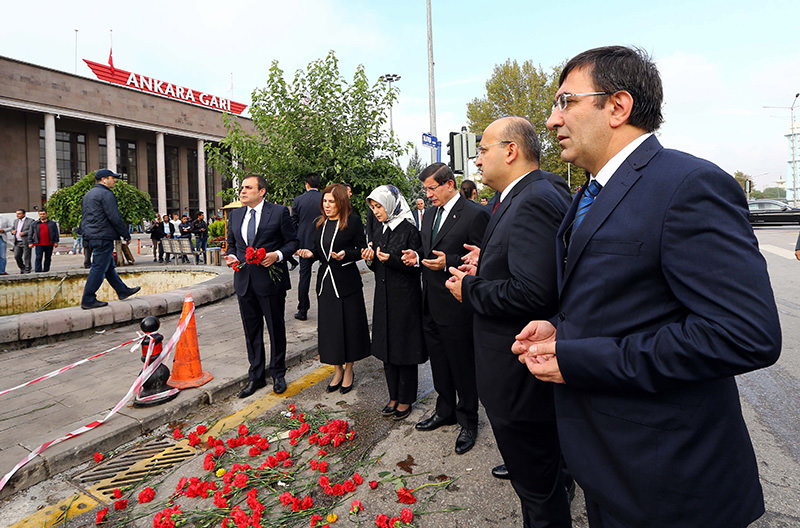 A handout picture provided by the Turkish Prime Minister's Press Office on 13 October 2015 of PM Davutou011flu (3-R), his wife Sare (4-R) and others praying for the victims (EPA photo).
by daily sabah
Oct 13, 2015 12:00 am
Prime Minister Ahmet Davutoğlu laid carnation flowers at the scene of the Ankara bombing on Tuesday morning and proceeded to examine the area.

The prime minister visited the area of the bombing and offered his prayers for the victims of the bombing. Davutoğlu's visit was not scheduled in his official program. 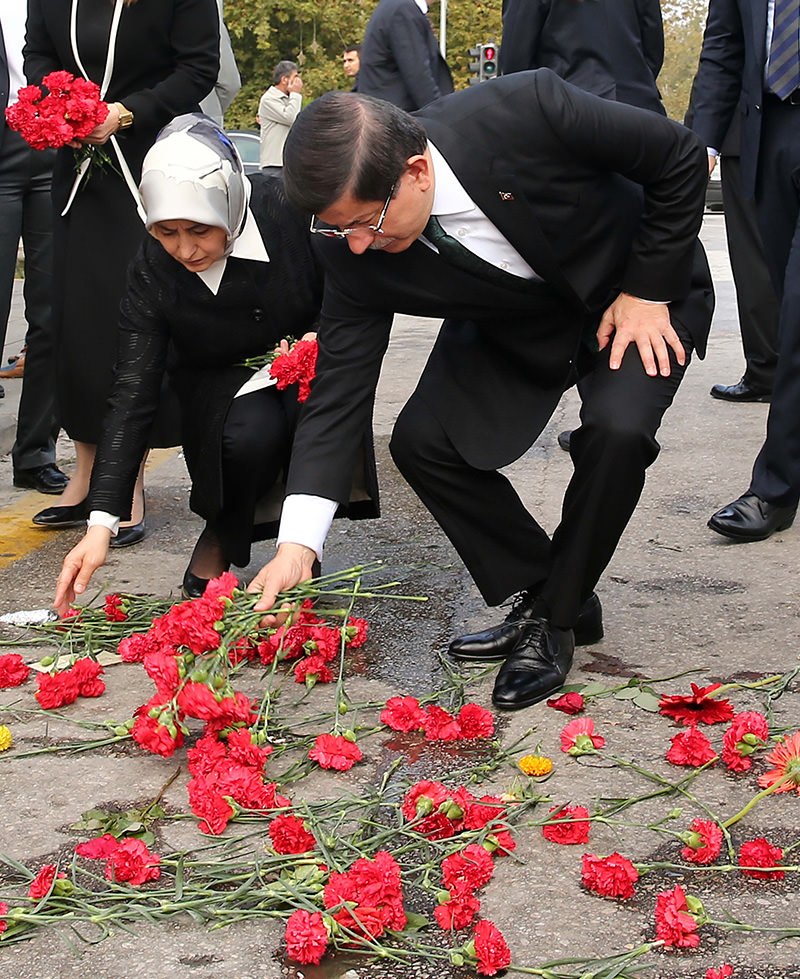 The blasts have shaken Turkey as the country faces a general election re-run on Nov. 1, counterterrorism operations in the southeast and an ongoing civil war on its southern border in Syria.
Last Update: Oct 13, 2015 4:19 pm