Turkey to put families of Ankara bombing victims on salary 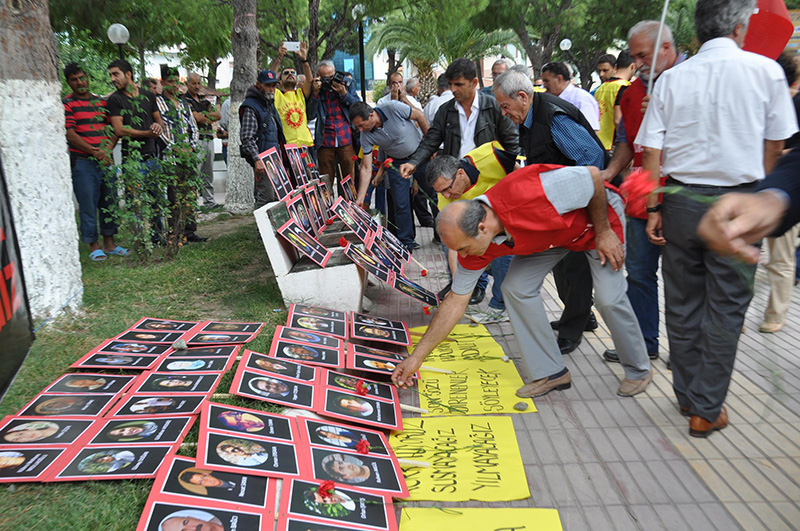 | DHA photo
by daily sabah
Oct 13, 2015 12:00 am
The government is trying to figure out ways to best support the relatives of the 97 people killed in the Ankara attack, Deputy Prime Minister Numan Kurtulmuş said in the press meeting after the cabinet meeting on Monday.

Indicating that those who were killed are victims of civilian terror, Kurtulmuş said: "Necessary regulations will be implemented as required by the applicable law related to relatives of the indviduals killed or injured. The Ministry of Labor and Social Security is authorized. Necessary steps will be taken with regards to putting relatives of victims on a salary and supporting the wounded. Moreover, employment opportunities will be provided. We are mourning all together."

As per a 2013 legislation, siblings or parents of terror victims are recruited in public sectors in accordance with their financial status. Those aged 16 and over and who want to benefit from this right are supplied with the 60 percent, 80 percent or full monthly minimum wage. Along with that, children of victims are granted scholarships for school.

According to figures released by the Family and Social Policies Ministry, 237 relatives of civilian terror victims were employed in this year.

Reportedly, Republican People's Party (CHP) Chairman Kemal Kılıçdaroğlu stated that they will give a legislative proposal for those killed in the deadly attack to be called "martyrs" when the parliament opens.

Saturday's blasts have shaken Turkey as the country faces a general election re-run on Nov. 1, counterterrorism operations in the southeast and an ongoing civil war on its southern border in Syria.