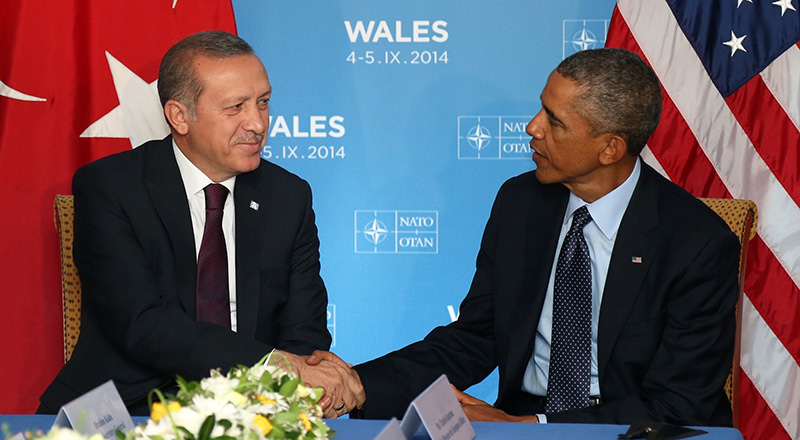 |
by Daily Sabah with AA
Oct 16, 2015 12:00 am
U.S. President Barack Obama called President Recep Tayyip Erdoğan on Thursday on deepening the cooperation between Turkey and the U.S. in the fight against ISIS.

The two leaders reaffirmed their shared goal of stepping up military pressure on ISIS and strengthening moderate opposition elements in Syria to create conditions for a negotiated solution to the conflict, including a political transition, according to the White House.

Turkey, which shares a border with Syria, is a member of the U.S. led-coalition fighting to destroy ISIS. The coalition wants to ultimately destroy the militants and pushes for a political transition in Syria without President Bashar al-Assad.

Obama and Erdoğan also agreed on an urgent need to end attacks in Turkey by PKK - a terrorist organization recognized by Turkey, the U.S. and EU.

During their talk, Obama reiterated his condemnation of the Oct. 10 twin terrorist bombings in the Turkish capital of Ankara where 99 victims have been killed.

Obama "offered condolences as well as U.S. solidarity in the face of the security threats Turkey faces", said the White House.

The attack on Saturday, which killed 99 civilians, was the deadliest terror attack in Turkey's history.
Last Update: Oct 16, 2015 2:20 pm