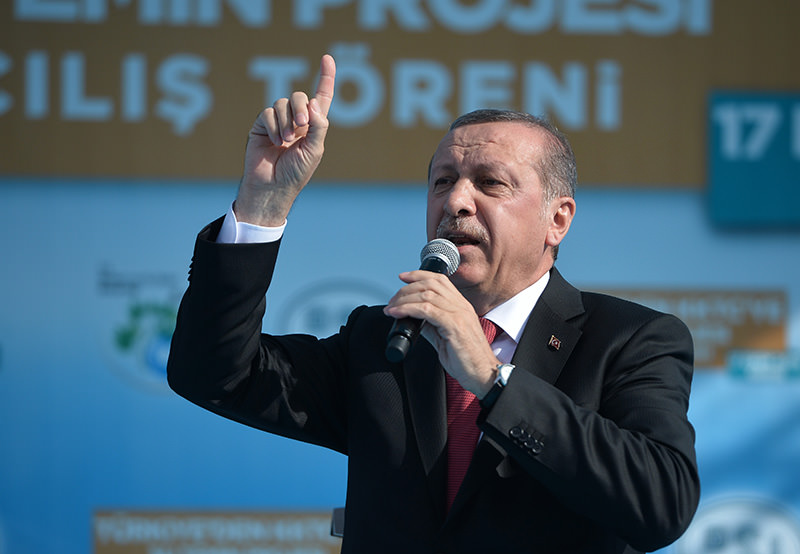 "Politicians who attack and slander the state and government in the manner of terror organizations and with their language, are the biggest handicaps in Turkey's struggle against terror," Erdoğan said on Saturday at the opening ceremony of Alaköprü Dam, which is part of a project that aims to carry fresh water from Turkey to the Turkish Republic of Northern Cyprus via a pipeline.

"Come and let's protect our country in these hard times. Let's take a stand against terror all together. Let's spoil the game that is played in our region," he said.

The twin suicide bombings in the Turkish capital last Saturday claimed 102 lives and injured hundreds at a peace rally.

Thirteen suspects are in custody as part of the investigation.

"We have begun to uncover the activities of ISIS which is always mentioned as the usual suspect and the network within this framework," Davutoğlu said on Thursday, adding that the probe was also looking into the identities of the suspected suicide bombers involved and the cooperation they allegedly received.

The blasts have shaken Turkey as the country faces a general election re-run on Nov. 1, while counter-terrorism operations continue in the southeast and an ongoing civil war rages on along its southern border in Syria.
Last Update: Oct 18, 2015 1:12 am