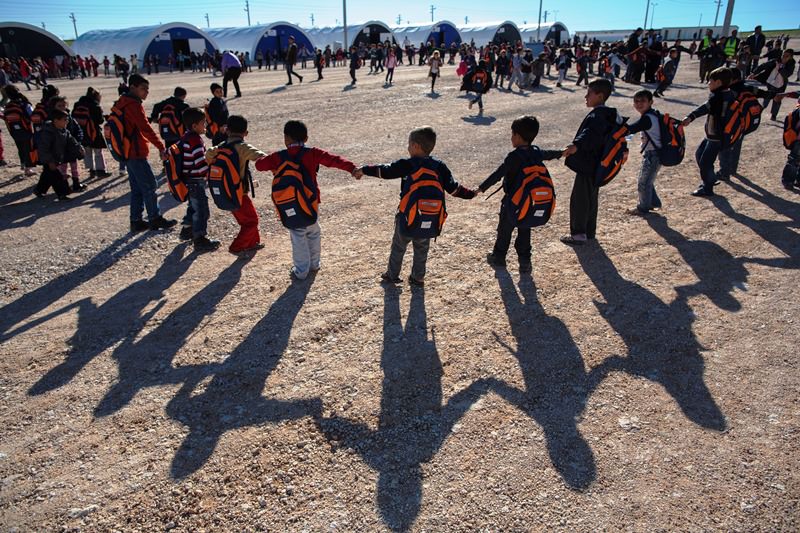 (Photo courtesy of UNHCR-Turkey)
by Anadolu Agency Oct 19, 2015 12:00 am
Turkey and Germany are the main destinations for Syrian refugees, Prime Minister Ahmet Davutoğlu said Monday during an interview with the A Haber news channel.

"A Syrian refugee aims for two places - Berlin or Istanbul - because they know that they will be safe or find a job to support their life in these two locations."

"Turkey is not a concentration camp for the refugees," he said. "We will just launch a mechanism to control migration and prevent illegal migration."

According to an EU plan, Europe will offer economic aid and humanitarian assistance for refugees hosted in Turkey, which is keen to establish a safe area for refugees to live inside Syria.

EU leaders have also agreed to accelerate a visa liberalization process for Turkish nationals if Turkey manages to reduce the flow of refugees to Europe.

Davutoğlu also discussed the shooting down of an unmanned aerial drone in Turkish air space last week and confirmed the aircraft was of Russian manufacture.

"Russia told us that the aircraft does not belong to them," he said. "So we cannot blame anyone without any proof... It does not matter who it belongs to, Turkey will not let anyone violate Turkish air space."

The incident followed two incursions by Russian aircraft into Turkish air space on Oct. 3 and 4. The Turkish military has also claimed its patrolling jets have been targeted by Russian-made warplanes and missile systems based in Syria.
Last Update: Oct 20, 2015 12:24 pm
RELATED TOPICS