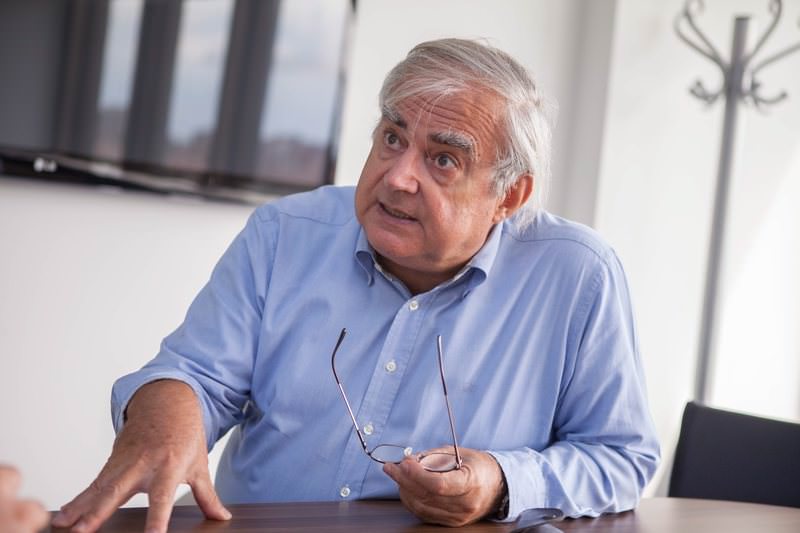 by Fatih Şemsettin Işık
Oct 20, 2015 12:00 am
One-hundred-and-eighty academics, including figures from the intellectual world, have signed a petition at Change.org titled "Call by Academics and Intellectuals for International Solidarity After the Ankara Massacre," including some statements deemed controversial by some regarding the aftermath of last week's Ankara suicide bombings.

While it is known that the PKK had announced on July 12 the end of the cease-fire that had been ongoing since 2013 with Ankara, the declaration claims the opposite and includes misleading statements like Ankara is fighting the Kurds, rather than fighting the PKK, which is designated a terrorist organization by the U.S. and EU.

The signatories also demand an independent U.N.-led commission to investigate "the serious claims alleging the complicity of state agents" in the perpetration of the bombings, similar to what pro-Kurdish Peoples' Democratic Party (HDP) officials have said.

Issued in four languages, including English, French, German and Turkish, the petition urges international solidarity with the people of Turkey, labeling the government "authoritarian and illegitimate."

Regarding the campaign, prominent Turkish historian and columnist Halil Berktay spoke to Daily Sabah and said such a text has the characteristic of a mandate call and a blatant advocating of violence.

"For instance, it is mentioned that 'serious claims alleging the complicity of state agents in the perpetration of the Ankara massacre,' except [HDP Co-Chair Selahattin] Demirtaş's de facto statements, where are they? Moreover, 'international solidarity' is wanted for 'the people of Turkey who resist authoritarian and illegitimate rule.' Leave that expression of illegitimacy aside, if this is not backing PKK terror, what is it then?"

Stressing the several important figures in the campaign such as Talal Asad, Craig Calhoun and Slavoj Zizek, Associate Professor Doğan Gürpınar from Istanbul Technical University (İTÜ) described the campaign as a "recent example of the popular Turkish genre of academic activism," and hence "very Turkish."

Gürpınar said: "Although it is valuable for academics to have their say in political developments and be critical of the state, this should not compromise their academic credentials and objectivity. Yet the disturbing language and the sharp and equivocal statements in the text clash with a critical academic attitude that is more compatible with streets protests. This attitude also dilutes and even arguably undermines the power of academics when it is very urgent."

On the other hand, Professor of Political Science at Istanbul Commerce University Bekir Berat Özipek thinks that prominent figures in the campaign are discredited, claiming the text to be political and biased.

"In one way or another, the state might be held to account in the Ankara massacre for failing to protect its citizens' right to life. However we are not at the point to say more than that," he said, adding that nobody has meaningful data or information to attribute this issue to the government.