Bilal Erdoğan says allegations about him part of political games, main target is his father 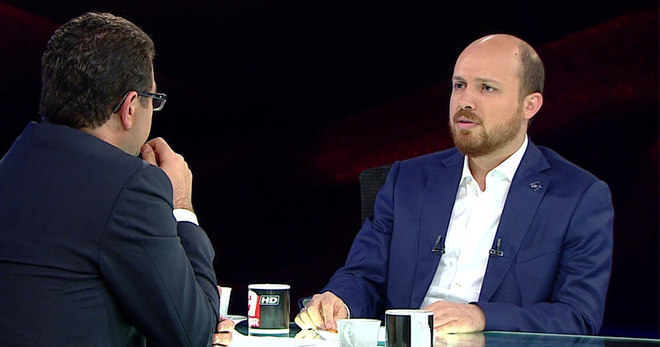 by Daily Sabah Oct 22, 2015 12:00 am
Bilal Erdoğan, President Recep Tayyip Erdoğan's son, denied allegations swirling on social media circles and some anti-government media outlets saying that he had fled to Italy, and stating that he is in Turkey, he said the attacks on media directed at him actually targeted President Erdoğan.

Speaking in a live TV interview, Erdoğan said he is in Istanbul and he was in the city during Eid al-Adha as well. "I am in my homeland and I have not fled to anywhere, this answer will be sufficient to all the allegations."

Erdoğan said that some media outlets published fabricated news about him daily. However, he added that he was not the main target of these attacks and baseless claims as some parties only try to use Erdoğan's name as a tool to conduct political games.

"Neither me, nor the place I worked for is the main target but my family and the President of Turkey." he added.

Recently a Turkish court ordered Republican People's Party (CHP) leader Kemal Kılıçdaroğlu to pay indemnification for his defamatory statements after he had accused TÜRGEV of engaging in bribery last year, Erdoğan said, "Kılıçdaroğlu may understand that he made a mistake. And people would understand that it is wrong to falsely accuse people and institutions."

Erdoğan, the executive board member of the Foundation of Youth and Education (TÜRGEV), previously denied the accusations and stated that his lawyer was preparing to file lawsuits over the allegations.