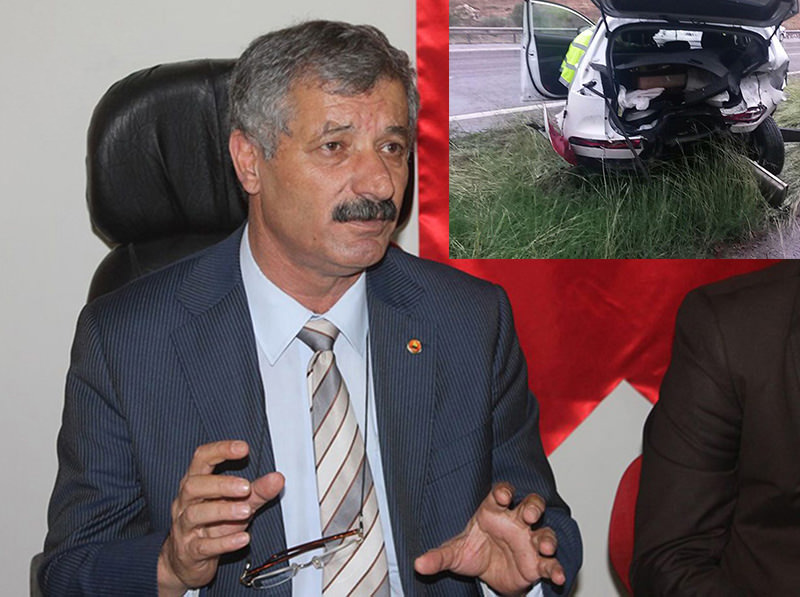 | File photo
by daily sabah Oct 26, 2015 12:00 am
President of the Rights and Freedoms Party (HAK-PAR) Fehmi Demir died in a car accident on Sunday, in the southern province of Mersin. In an ironic turn of events the public was informed of his death as they were watching his election manifesto being broadcasted on Turkey's national public broadcaster, TRT, on the afternoon of the same day.

Demir was on his way to attend a meeting ahead of Turkey's Nov.1 election, when his car crashed into another car after losing control on a slippery road, according to reports.

Just as the accident occurred, TRT was broadcasting the previously recorded election manifesto speeches of the party leaders. When it was Demir's turn on the TV, it was time when the channel shared the party leader's death with the viewers.

During his party's election manifesto, Demir said Turkey's current main problem is the Kurdish issue, and it should be "solved" as soon as possible since it is affecting both the country's internal and external affairs. Demir also criticized the PKK's activities in Turkey, saying the organization should disarm itself.

The 61 year-old politician, who entered politics at an early age, was born in Konya. Demir worked at different Kurdish parties throughout his career.

The Rights and Freedoms Party is a Kurdish nationalist political party in Turkey. The party advocates federalism as a means of increasing Kurdish autonomy in the south-east of the country. The party's head office is in Diyarbakır.
Last Update: Oct 26, 2015 5:33 pm
RELATED TOPICS