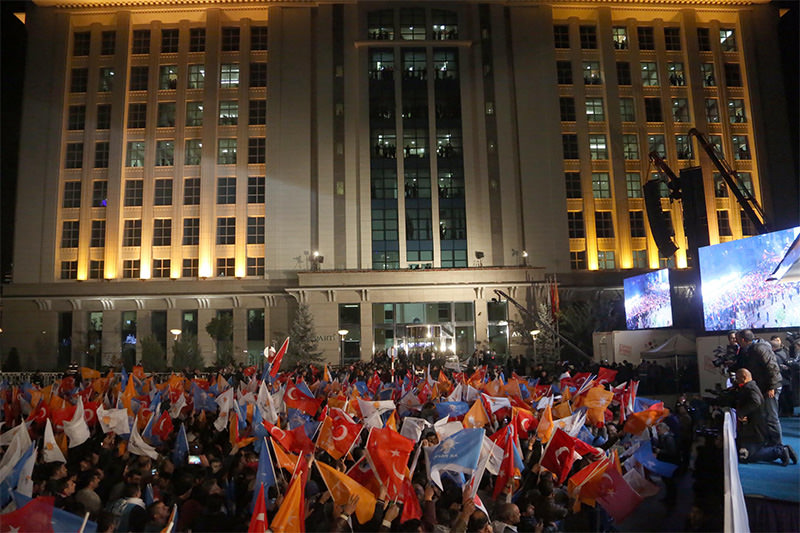 |DHA Photo
by daily sabah
Nov 01, 2015 12:00 am
The Justice and Development (AK) Party took the lead in 7 additional provinces across Turkey in the Nov. 1 snap election, increasing its majority from 56 provinces to 63.

The Republican People's Party (CHP) lost the lead in four provinces in Sunday's election, reducing the number of provinces it has won to six.

The CHP received the majority of votes in the western Edirne, Kırklareli, Tekirdağ, İzmir, Aydın and Muğla provinces. The AK Party votes passed the CHP's in Çanakkale, Zonguldak, Eskişehir and Mersin.