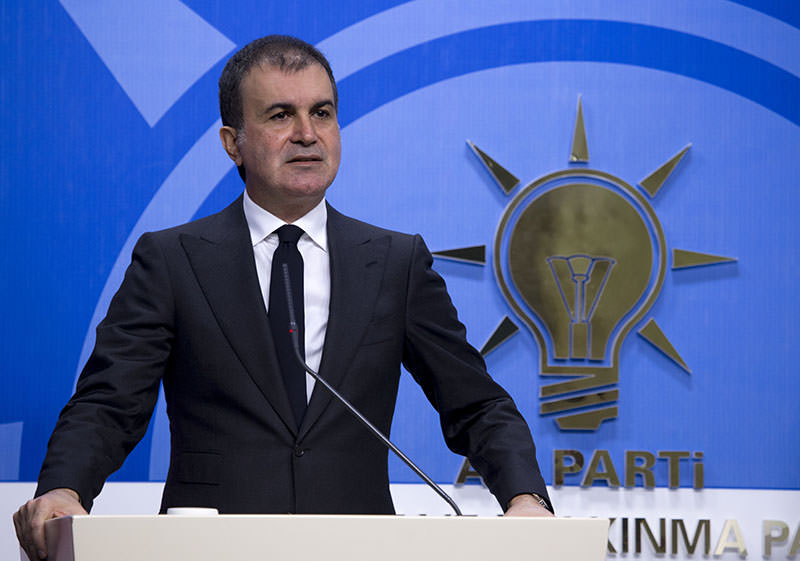 | AA photo
by daily sabah
Nov 02, 2015 12:00 am
A new, modern, and civilian constitution is the first and most important item on the Justice and Development (AK) Party's agenda, said the party spokesman, Ömer Çelik on Monday in a press conference following the party's Central Executive Board (MYK) in Ankara.

Prime Minister Ahmet Davutoğlu had called on the country's political parties to come together and agree on a new constitution during his balcony speech to celebrate the AK Party's regained parliamentary majority in the November 1 snap elections on Sunday.

Ömer Çelik reiterated Davutoğlu's previous remarks and said, all the parties should work together towards forming a new, civilian constitution which will embrace Turkey's diversity. He said, the AK Party was "open to every kind of support, collaboration" that would come from the other political parties in this respect.

Çelik said that although some of the opposition parties lost in the elections, "there is no single person who lost." He said, "Turkey woke up to a peaceful day and it can see its future. All of our citizens won. This is the nation's victory."

He assured the people who did not vote for the AK Party that the party would also be sensitive to their demands. He said, "We are aware that we are the party of Turkey."

Çelik also answered a question regarding the current status of the reconciliation process, which has been referred to by government officials as being "in the freezer", after the increase in PKK attacks on security personnel and civilians following the June 7 elections.

More than 54 million Turkish citizens were eligible to vote in a poll to elect 550 deputies to the Grand National Assembly.