Turkish, US airstrikes kill more than 50 ISIS militants in Syria 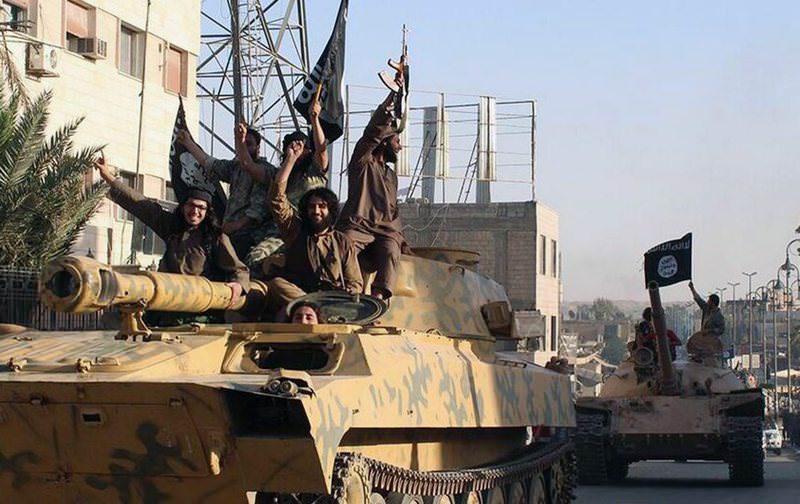 by Merve Aydoğan
Nov 02, 2015 12:00 am
Turkish and U.S. airstrikes in Syria on Saturday killed more than 50 ISIS militants and wounded around 30, state-run Anadolu Agency (AA) quoted security sources as saying on Sunday.

Six Turkish F-16 jets that took off from İncirlik Air Base in southern Turkey had been involved in the airstrikes between 12:00 p.m. and 5:00 p.m. local time on Saturday, as well as a drone belonging to the coalition, AA reported.

It said the operation destroyed eight ISIS targets around 5 kilometers inside the Syrian border opposite the southeastern Turkish province of Kilis. The operation was backed by a group of 600 Turkmen fighters on the ground in Syria, it added.

The village, close to the Turkish border in northern Syria, was captured by ISIS in August 2015.

Turkey ramped up efforts to combat ISIS in July; it has been part of the U.S.-led coalition airstrikes against the terrorist organization since Aug. 28, 2015.

The pro-regime Syrian newspaper Al-Watan, said de Mistura was in Damascus to brief officials on the details of the Vienna talks.

Top diplomats from 17 countries, as well as the United Nations and the European Union, gathered on Friday in Vienna to narrow their divisions over the war, which has killed more than 250,000 people. Yet U.S. Secretary of State John Kerry said in the aftermath of the meeting that he had "agreed to disagree" with his Iranian and Russian counterparts on the fate of Assad.

Foreign Minister Feridun Sinirlioğlu also said in the statement after the meeting that most of the countries gathered in Vienna for the talks agreed that peace in Syria will not be possible with Assad in power.

De Mistura was expected to leave Damascus on Monday, the U.N. official said, declining to provide further details on the diplomat's visit.

He has lastly visited Damascus in September to discuss his proposal for joint working committees to discuss counterterrorism, political and legal issues, reconstruction and safety and protection.
Last Update: Nov 02, 2015 1:32 am