PM Davutoğlu orders operations against PKK to continue during winter 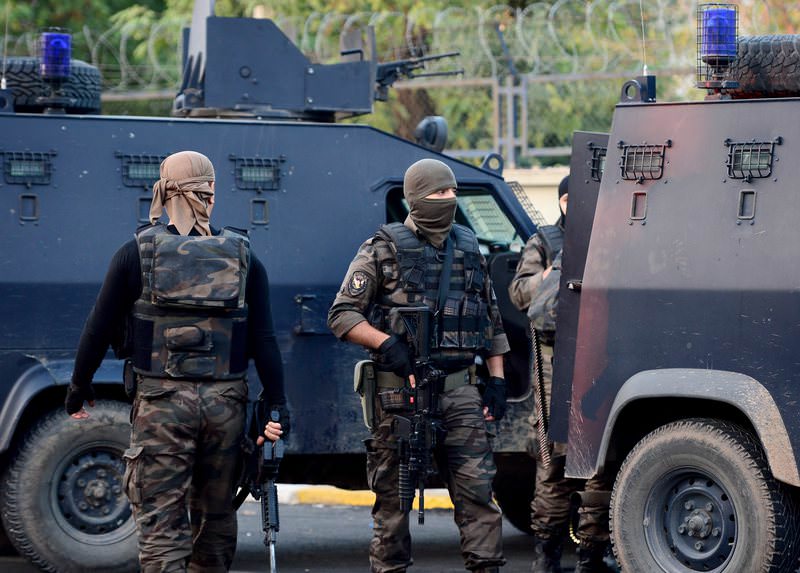 by daily sabah
Nov 04, 2015 12:00 am
The anti-terror operations against PKK in Turkey to go on during the winter, a statement released following a high-profile security meeting said.

In the meeting held at the prime minister's office on Wednesday, Prime Minister Ahmet Davutoğlu has instructed the Turkish Military Forces to continue its operations against the terrorist group during the winter without slowing down.

The issues such as the terror threat against Turkey from Syria and the operations against the ISIS prior to G20 Summit in Antalya were also discussed during the meeting.

Turkish security forces have been carrying out nation-wide counter-terror operations against PKK at home and abroad since late July, amid a spike in attacks targeting security personnel.

PKK is reportedly digging shelters in the mountains and stocking materials in the countryside of Turkey's east and southeast regions in preparations for the looming winter.

PKK -- which is considered a terrorist organization by Turkey, the EU and the U.S. -- has renewed its armed attacks mostly in the country's eastern and southeastern regions, which resulted in the derailment of the "reconciliation process".
Last Update: Nov 05, 2015 12:38 am