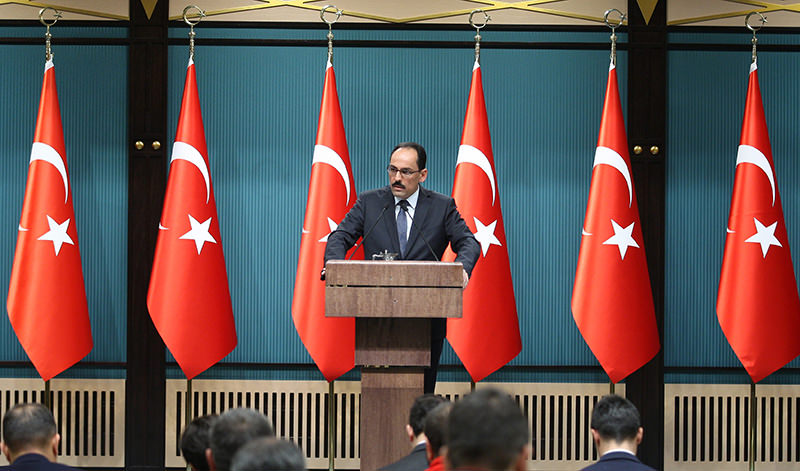 | Sabah Photo
by daily sabah
Nov 04, 2015 12:00 am
"The presidential system will take Turkey to the next level," Presidential spokesperson İbrahim Kalın said at a press conference in Ankara on Wednesday, three days after Turkey held its general elections.

He noted that a referendum could be held if Turkey changes its political administrational system, in order to receive the people's input.

Kalın also said that the discussion over change of Turkey's parliamentary system into an executive presidency will speed up in the period ahead.

Kalın said the presidential system is not personally related to President Erdoğan, as he is "already a strong leader constitutionally, and in the hearts and minds of the people".

Kalın also noted that Turkey will keep a balance between security and freedom, while it continues to fight all types of terrorism including the PKK, ISIS, and DHKP-C, Kalın stated, adding that Sunday's elections have demonstrated, the nation has given the necessary response to those who attempt to aesthetize terrorism.

Similarly, Kalın noted that the Turkish state will continue to take precautions against PKK's terrorist attacks and preserve public order.

The country's current Constitution was drafted two years after a military takeover in 1980 and numerous amendments have been made to it since then.