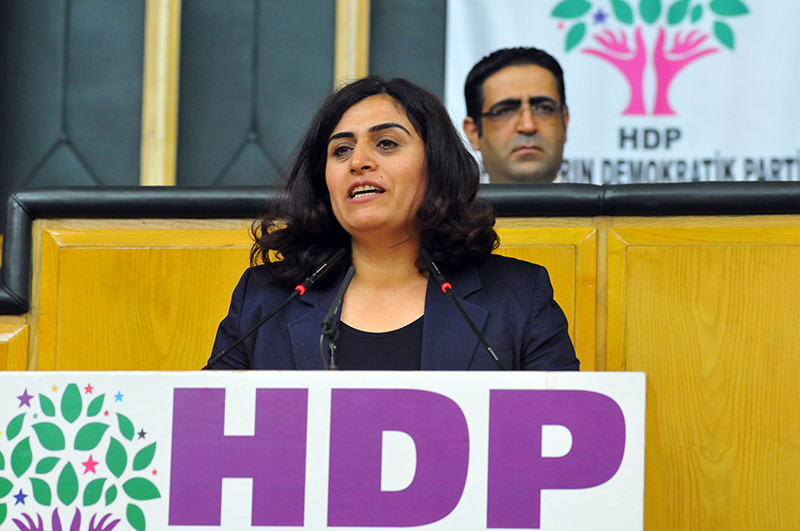 According to reports, Tuncel was detained for allegedly spreading propaganda for terrorist organization PKK in 2009 and 2010.

She was reportedly on her way to Brussels when she was taken into custody by a team of airport police and anti-terror officers before being referred to Bakirköy Courthouse.

She was then released by Bakirköy 7th Penal Court of Peace which imposed a travel ban.

On Monday, Anadolu Chief Public Prosecutor's Office in Istanbul summoned Tuncel -- who has been indicted in six separate cases -- to bear testimony as a "suspect".

She is accused of making laudatory remarks for the terrorist organization PKK during her party's election campaigns in 2008 and 2009 in different districts of Istanbul.

The former HDP lawmaker had earlier been sentenced to eight years and nine months in prison for being a member of a terrorist organization by the Istanbul High Criminal Court in September 2012.

She was detained on Nov. 5, 2006, because she had allegedly attended meetings with leaders of the PKK, which the U.S. and the European Union also list as a terrorist organization.

Tuncel was then put on trial on charges of "being a member of a terrorist organization".

On July 25, 2007, however, she was released after she was elected in that year's general election.

On Sunday, she threatened Turkey by saying that it will be a disaster for the country if the Dolmabahçe Agreement is not re-implemented, implying that the PKK terrorists may increase their attacks.