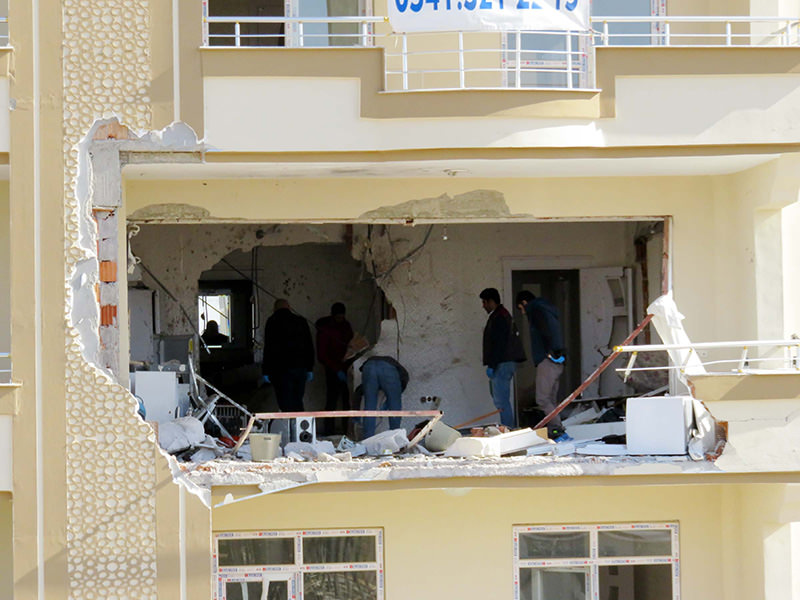 Turkish troops killed four militants of the Islamic State of the Iraq and al-Sham (ISIS) on Saturday in Turkey's southeastern Gaziantep province, military sources said. Meanwhile, security forces detained seven ISIS-linked suspects in Ankara and six others in Kilis along the Syrian border.

According to information shared by military sources, two cars carrying identified ISIS members advanced toward an armored vehicle belonging to the Turkish army near a border post in Oğuzeli. Warned by soldiers to stop, the militants responded by shelling the vehicle.

Turkish soldiers opened fire on cars, killing four ISIS members in one, while an unknown number of militants in the second car fled the scene, sources said.

In addition, an ISIS suspect blew himself up in Gaziantep during a police raid, injuring five officers, and one seriously, officials said Sunday. The suspect detonated explosives when police raided an apartment building in Gaziantep suspected of being an ISIS cell, the governor's office said in a statement.

Meanwhile, six other foreign nationals who were believed to be members of ISIS were also detained in the Elbeyli district of the southeastern Kilis province at a border crossing. The group were attempting to cross to Turkey from Syria but were intercepted by the security forces patrolling the border.