US, Turkey to shut off N. Syria border in joint operation, Kerry says 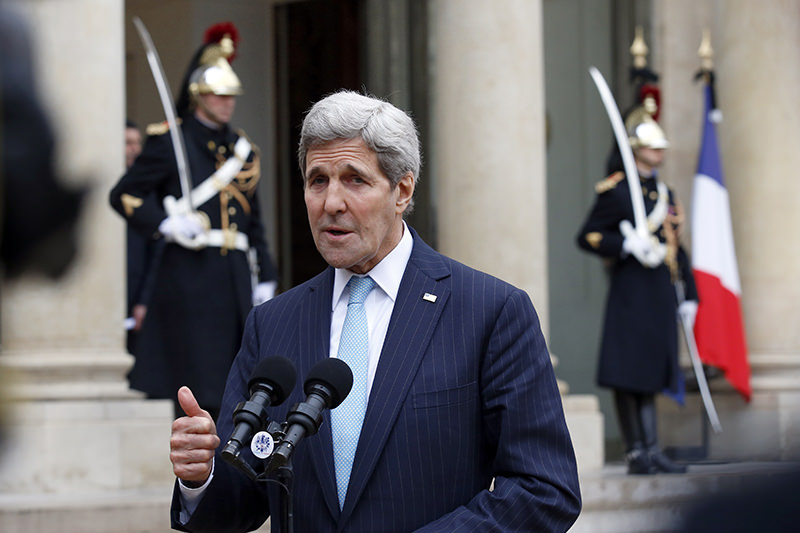 US Secretary of State John Kerry delivers a statement at the Elysee Palace after his meeting with French President Francois Hollande, in Paris, France, Tuesday, Nov. 17, 2015 (AP Photo)
by Daily Sabah with Agencies
Nov 17, 2015 12:00 am
U.S is entering operation with Turkey to shut off remaining 98 km of northern Syria border, Secretary of State John Kerry said on Tuesday.

"The entire border of northern Syria - 75 percent of it has now been shut off. And we are entering an operation with the Turks to shut off the other remaining 98 kilometers," he said in an interview with CNN.

Kerry also said that increased coordination with Russia in the fight against Daesh terrorists would require progress in the political process to end the Syrian war.

Kerry, who arrived in Paris on Monday to pay respects to victims of Friday's terrorist attacks, said agreements reached last week at Vienna peace talks on Syria, meant the country could be "weeks away, conceivably, of a big transition."