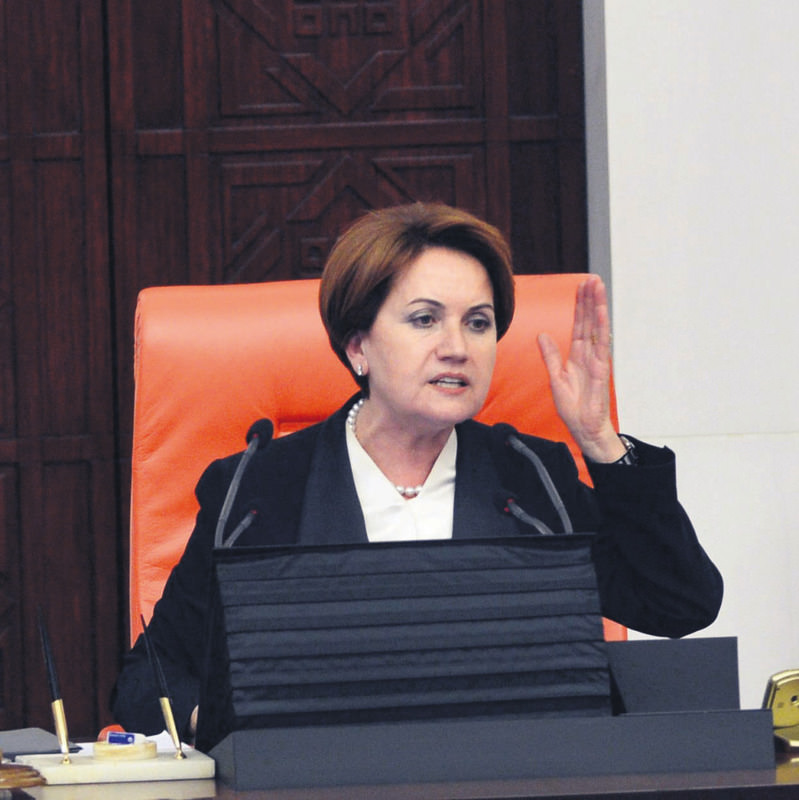 by daily sabah
Nov 19, 2015 12:00 am
The opposition in the Nationalist Movement Party (MHP) is on the brink of challenging current Chairman Devlet Bahçeli. Meral Akşener, who was not included on the party's candidate list for the Nov. 1 elections despite having a strong voice in the party, is expected to run for the party leadership post.

Former MHP Deputy Nevzat Korkmaz said that he is in talks with Akşener on this issue and asserted, "She will be a candidate, no doubt about it." He added that the statement regarding her announcement for candidacy would be made at a convenient time and pointed to next week. So far, Akşener has seemed hesitant on this issue despite the expectations of many party members. After the results of the Nov. 1 elections in which MHP votes dropped to 11.9 percent from 16.3 percent in the June 7 elections, party dissidents have started to question the MHP's years of failure and decided to try to elect a new chairman.

Although the MHP congress is slated for March 18, 2018, dissidents in the party are reportedly trying their best to acquire enough signatures to call for an extraordinary congress. Yet Bahçeli is keen to hold on to his position by preventing party members from reaching 270 signatures, which is the required number to hold an extraordinary congress.

Along with Akşener, Sinan Oğan, a former MHP Iğdır deputy who was expelled from the party before the June 7 elections, is also expected to announce his candidacy soon. Considering the turmoil and various voices in the party, MHP Vice Chairman Mevlüt Karakaya argued last week that external forces might be attempting to take hold of the MHP. However he ruled it out as a possibility.

Oğan has reportedly collected around 500 signatures from party delegates to convene an extraordinary congress. According to a report in the Milliyet daily, Oğan had to collect at least 270 signatures to get the party to convene an extraordinary congress in which he is expected to run as a candidate against Bahçeli for the party chairmanship after he failed to bring the party to power in 13 elections in a row. Oğan is expected to announce his candidacy on Monday.

After the results of the Nov. 1 elections in which the MHP's votes dropped from around 16 percent to 11.9 percent, intra-party dissidents have started to question the party's years of failure and decided to try to elect a new chairman.

Shortly after the Nov. 1 elections, the Ankara-based Objective Research Center (ORC) conducted a public survey regarding the political agenda of Turkey. The report suggests that more than 54 percent of participants would vote for the Justice and Development Party (AK Party) if there were another election held today. The survey shows that support for MHP dropped to 10.5 percent.