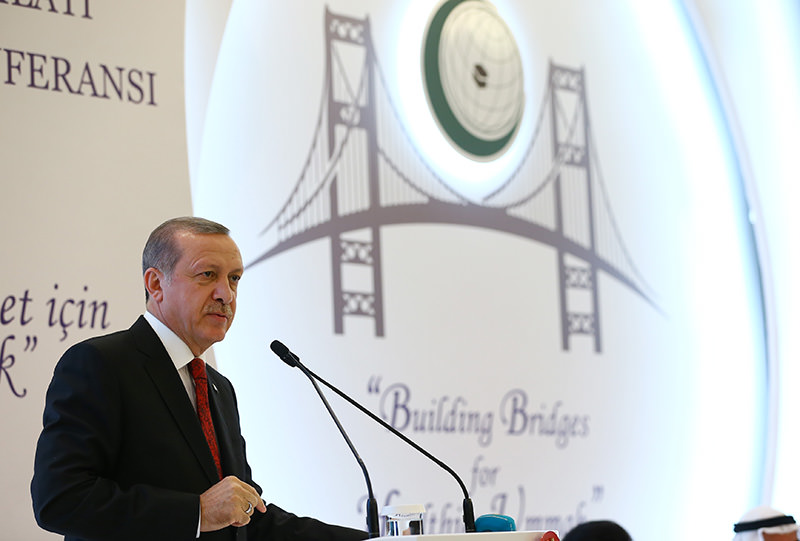 |AA Photo
by Daily Sabah with AA
Nov 20, 2015 12:00 am
President Recep Tayyip Erdoğan called on Muslim countries to take a joint stance against terrorist organizations on Thursday at the closing session of the 5th Islamic Conference of Health Ministers, organized by the Organization of Islamic Cooperation.

Addressing the participants at the conference in Istanbul, Erdoğan said: "We should, hand in hand, have a clear and principled stand against organizations such as DAESH, Al Qaeda and Boko Haram that do the greatest harm to Muslims by using the name of Islam".

Erdoğan noted that Muslim countries represented at the G20 summit in Turkey earlier this week had reached an agreement to jointly fight against "radical movements".

"At this point, a very important responsibility falls to countries represented in the structure of the Organisation of Islamic Cooperation," Erdoğan said and added that a big responsibility lies on the shoulders of Muslims.

"While the humanitarian tragedy continues in our region, especially in Syria, we are now facing the rise of racist attitudes and hate crimes against Muslims," he added.

President Erdoğan added that the poverty should be tackled in Muslims countries, as it is one of the main reasons behind the rise of terrorism.

The president highlighted that the refugee crisis should be dealt in a humanitarian way as it is part of Muslims' responsibility.

"Turkey has spent $8.5 billion for Iraqi and Syria refugees staying at the camps only," the president said, and added, "There are nearly 500,000 Syrian refugees only in Istanbul."