UK to give $420 million to Turkey for Syrian refugees 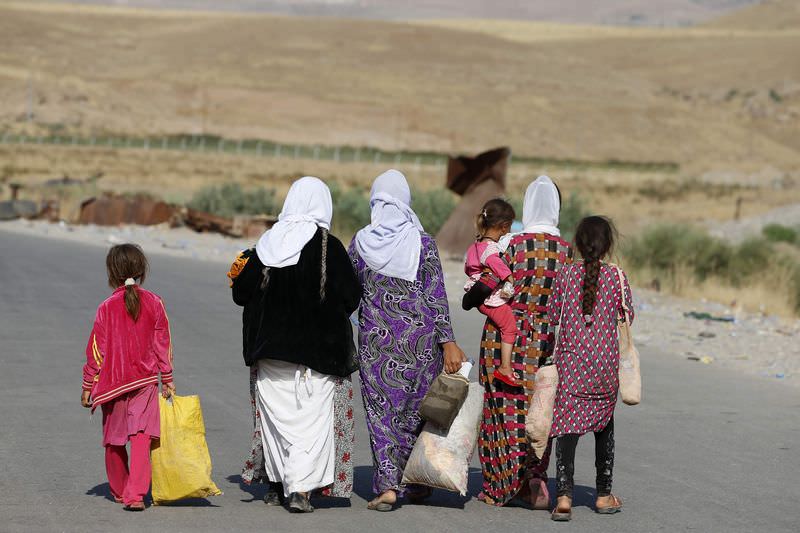 | Reuters Photo
by Daily Sabah with AA
Nov 20, 2015 12:00 am
The U.K. has pledged to contribute up to 275 million pounds ($420 million) over the next two years to help Turkey address the problems created by the Syrian Crisis, the British embassy in Ankara announced Friday.

"The U.K. has been clear on the need to work closely with Turkey to address the consequences of the Syria conflict, including the refugee crisis created as a result," according to an embassy statement.

The money will provide immediate humanitarian support, funding for schools, hospitals and housing and assistance to communities hosting refugees.

"This bilateral support will contribute to a wider European effort - coordinated through an intergovernmental agreement - that will lever support from other EU member states," the statement added.

"Taken together with 500 million euros [$534 million] from the European Commission, it will create a 3 billion euro [$3.2 billion] package in total."

Turkish President Recep Tayyip Erdoğan said Thursday that the number of Syrian and Iraqi refugees in Turkey had reached 2.5 million. He said Turkey had spent $8.5 billion on supporting refugees since 2011.

At present, more than $7.6 billion has been spent on refugees and $418 million of this amount were contributions from international platforms.

Turkish authorities have consistently underscored that Turkey's financial and spiritual support to refugees will continue whether or not the others contribute.
Last Update: Nov 20, 2015 5:37 pm