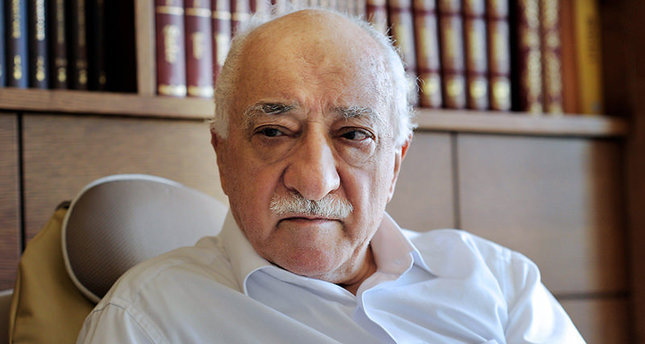 Gülenists are once again accused of improperly funding US lawmakers, according to a new investigation by USA TODAY. The article contains critical information, which reveals the illegal lobbying activities of the Gülen movement accused of having tried to topple the then-Prime Minister Recep Tayyip Erdoğan’s democratically elected Turkish government

The Gülen Movement, a so-called "Islamic" movement which has allegedly tried to overthrow the Turkish government has provided hundreds of thousands of dollars of improper campaign donations to presidential and congressional candidates during the past several years, a USA TODAY investigation has found. The lawmakers having received the donations from Gülenists have started to return the amounts upon the investigation, the paper added.

According to the piece published on Thursday, the daily has identified dozens of large campaign donations attributed to people of middle income, or from people who did not know to whom they had given.

The paper claimed in the piece that all the donors had ties to the organization.

After the paper's queries, Senator Kelly Ayotte reportedly refunded 43,100 dollars which she received on April 30, 2014 from Gülenists. "Out of an abundance of caution, the campaign has refunded the contributions in question," the Ayotte campaign manager Jon Kohan was quoted as saying in the piece. The daily also states in the piece that the senator called on other people who received donations from Gülenists to return the amounts they received. Ayotte also claimed that President Obama and Hillary Clinton were among the lawmakers who received donations from Gülenists.

To further the claim that donors have little knowledge about whom they provide the donations, the paper adds that one of the Gülenist donors who is a 30-year old Nassau County employee in New York's Long Island, Iman Cesari, does not even know the gender of the senator. "He's a good guy. He's doing good so far. ... I know him," Cesari was quoted in the article.

Another Gülenist who has donated 2,400 dollars to Ayotte -two times the amount Cesari did-, Hayati Çamlıca is also mentioned in the piece, who reportedly said that that he liked "what he said at that time and wanted to make a donation," again failing to know the Senator's gender.

The paper also claimed that five of the Turkish Americans who donated to Ayotte on April 30, 2014 could not even be located at all, and in some cases neither could the employer be found in the Federal Election Commission records.

According to the piece, some of the Gülenist donors were employed in the schools or non-profit organizations that have links to the movement, and others were reported as having participated in Gülen-organized events or having shared Gülenist material on their Twitter and Facebook accounts.

USA TODAY also said in the article that Gülenists funded both Republicans and Democrats from all over the U.S. Republican Henry Cuellar from Texas received nine donations of 2,500 dollars each, from out-of-state Turkish-Americans on Oct. 7, 2013, according to the piece. One of the 2,500-dollar donations is reportedly attributed to a teacher named Akif Camızcı who is working in a Gülen-linked charter school in Toledo, Ohio. According to the investigation, Camızcı was earning 37,000 dollars per year. He could not be reached at the school, the daily added in the piece.

The paper also mentions Bilal Ekşili, the vice president of the Turkish American Foundation of Midwest in Mount Prospect, Illinois as one of the Gülenist donors. He reportedly donated some 5,000 dollars to federal campaigns of Cuellar. An interesting point in the article is that Ekşili has reportedly donated 38,000 dollars to political campaigns since 2010 even though he did not own a home.

Ekşili is also the president of the Turquoise Council of Americans and Eurasians in Houston, which was a primary sponsor of a congressional trip to Azerbaijan in 2013 that was secretly and improperly financed by an Azeri oil company, as House ethics investigators concluded.

The paper also claimed in the article that 24 other candidates and lawmakers from every political circle received suspicious donations from Gülenists. Gülenists have also funded presidential hopefuls Hillary Clinton and Jeb Bush, the paper claims.

The investigation also found that many of the teachers and administrators at the movement's charter schools have provided one-time $1,000 or $2,000 contributions.

Gülen Movement runs more than 100 charter schools and dozens of Turkish cultural centers and so-called "intercultural dialogue" groups all around the United States.

In another investigation published on October 29, USA TODAY also revealed that 200 suspiciously funded trips were arranged by the movement for US Congressmen.

The Gülen Movement led by fugitive preacher Fethullah Gülen has been defined as the FETÖ/PDY, which stands for "Gülenist Terror Organization / Parallel State Structure" in records by many Turkish state institutions including Istanbul Police Department. The "parallel state" is a group of Gülenist bureaucrats and senior officials embedded in key posts of the country's institutions, including the judiciary and the police.

The 17-25 December 2013 coup attempt the group carried out revealed the fact that the clandestine network run by the U.S.-based ex-imam Fethullah Gülen is responsible for having masterminded a plot to overthrow then-Prime Minister Recep Tayyip Erdoğan's democratically elected Turkish government.

Fethullah Gülen has also been listed as a wanted terrorist by Turkish Interior Ministry.