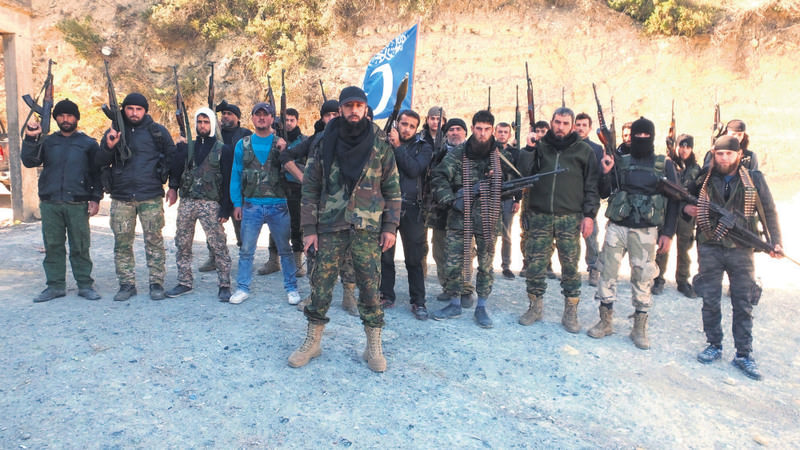 Ankara is concerned after the ongoing Russian offensive in Turkmen-populated Bayır Bucak region in northern Syria, while Moscow is still far from being persuasive in the fight against DAESH by helping regime forces on the ground against moderate Syrian opposition

Russia continues to bomb Turkmen villages in the Bayırbucak Turkmen area in northern Syria to bolster the Damascus regime, which it has been a staunch ally of since the beginning of the crisis, and Turkish officials are alarmed with the intensified airstrikes on the Turkmen-populated region, which was previously under the control of moderate Syrian opposition groups. Following the developments, a closed-door security meeting was held at Çankaya Palace headed by Prime Minister Ahmet Davutoğlu on Sunday. Turkish officials continue to keep in touch with U.S. officials, who had an opposing stance since the beginning of Russia's air campaign.

Chief of General Staff Hulusi Akar, Foreign Minister Feridun Sinirlioğlu, Interior Minister Selami Altınok and National Intelligence Organization (MİT) Chief Hakan Fidan together with several senior bureaucrats attended the meeting. Moscow claimed that the airstrikes, which started after receiving parliamentary approval and followed a military buildup in Syria, aimed to support the forces of Syrian President Bashar Assad against DAESH. However, Turkey and the West have accused Russia of targeting moderate fighters opposed to Assad, many of which are supported by Turkey and the U.S.

There have been reports of many casualties from the attacks on the area, while the sound of explosions coming from the region was heard in the border town of Yayladağı in Turkey's Hatay province. 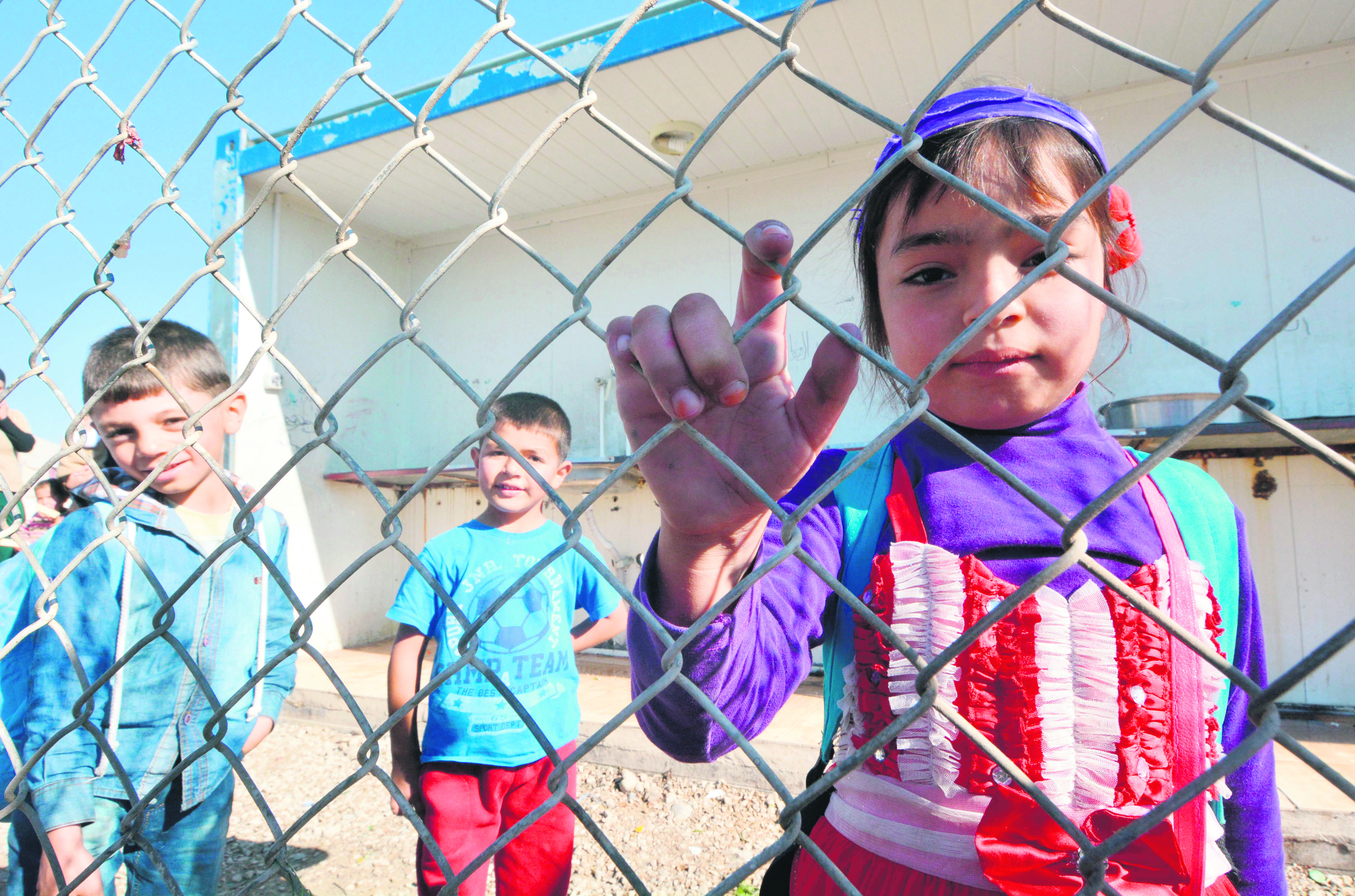 Tens of thousands of Turkmen are either already in Turkey or are sheltering in tent cities close to the border after abandoning their homes due to airstrikes by Russia and offensive by the Assad regime.

The Foreign Ministry summoned Russia's ambassador to Ankara over the bombings and requested that Russia promptly end the operation.

The late night phone conversation in which the two top diplomats evaluated the situation after the offensive on the Turkmen region came on orders from Davutoğlu.

Ankara also sent a letter to the term president of the U.N. Security Council to demand that the issue be handled immediately.

Sources added that Davutoğlu was informed by Akar by phone regarding the latest situation in the region.

At the Prime Ministry, Fidan also briefed the Davutoğlu on the issue. Ankara had requested that Russia promptly end this operation, Foreign Ministry spokesman Tanju Bilgiç said on Friday, adding: "Our warnings and request have also been communicated to the Russian deputy foreign minister and special presidential representative for the Middle East, Mihail Bogdanov."

"If any attack is mounted against civilians on Turkey's border, even with cluster munitions shelling, so as to draw the people living there toward Turkey and lead to a further refugee flow, all involved will be held responsible," Davutoğlu told the media in Istanbul on Friday.

Speaking to Anadolu Agency on Sunday, Khaled Khoja, the head of the Syrian National Council opposition group underlined that Russians must stop its offensive against opposition groups and civilians, saying: "If Russia wants a political solution, it should force the regime to sit at the negotiation table. Moreover, it should allow the political solution to be negotiated between the regime and the opposition, but especially the application of the U.N. Security Council's Resolution 2165 in which delivering humanitarian aid to besieged areas is stipulated."

He said: "This situation shows that Russians have no serious intention to contribute to a political solution and that they are an occupying power."

Almost 40,000 Syrian Turkmens fled from their homes to safer villages near the Turkish border Saturday following attacks by Syrian and Russian forces. Bayırbucak Turkmen area is in the immediate vicinity of Turkey's Yayladağ border crossing.

After the offensive, a number of Turkmens also entered Turkey at the Yayladağı border crossing in southeastern Hatay province. The Disaster and Emergency Management Authority (AFAD), the Turkish Red Crescent and other humanitarian aid organizations began sending humanitarian aid including tents, food and mattresses to displaced Turkmens.

A mobile bakery in Yayladağı also started producing bread to be delivered to Turkmens fleeing to safer villages near the Turkish border. Muhammed Komurcu, a Syrian Turkmen Association official, told Anadolu Agency that the number of internally displaced people has doubled. Mokhtar Fatih Mohamed, head of a Turkmen doctors group in the Bayır Bucak region, told Anadolu Agency on Friday that the Turkmen-majority area is about to fall to regime forces, which may cause 15,000 Turkmen to flee to Turkey.

Turkmens are a Turkic ethnic group based with minority populations in Syria and Iraq where they live alongside large Arab and Kurdish populations. The Turkmen community in these countries includes both Sunnis and Shiites and shares cultural ties with Turks.

Syria's devastating civil war, now in its fifth year, has left at least 250,000 people dead, according to the U.N.
RELATED TOPICS