Accidents like Russia jet downing can happen unless there is coordination in Syria, PM Davutoğlu says 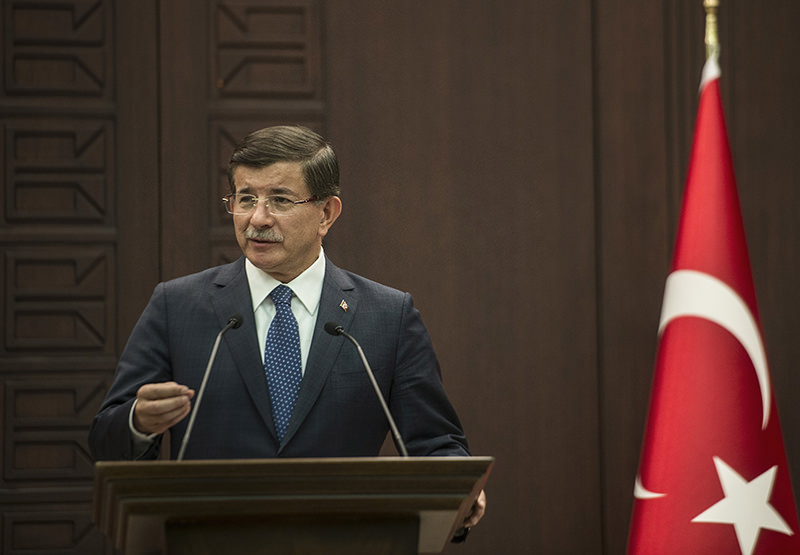 by daily sabah Nov 29, 2015 12:00 am
Prime Minister Ahmet Davutoğlu said on Sunday that similar incidents as Russia jet downing can happen unless there is coordination between the two coalitions, which have different objectives in Syria.

Speaking at a press conference in Ankara before leaving for a meeting with EU representatives in Brussels, Davutoğlu underscored the importance of information sharing between different powers playing a role in Syria.

"Two coalitions with different objectives, similar accidents as Russia jet downing can happen unless there is coordination in Syria," PM Davutoğlu said.

He also said that Turkey retrieved Russian SU-24 pilot's dead body from Syria last night and will hand it over to Russia later today.

"The pilot who lost his life during the air violation was received by us on the (Syrian) border last night," Davutoğlu said and added that a Russian official would "soon" travel to the southern Hatay region on Sunday with a Turkish military official to take possession of the body. He noted that the Russian pilot's body was being treated in line with the Orthodox tradition.

On Friday, two U.S. officials -speaking on condition of anonymity- have said that Russia did not inform the U.S. military of its jet's flight plan before Turkey shot it down on Tuesday, despite Russian President Vladimir Putin's statements claiming otherwise.
Last Update: Nov 29, 2015 2:18 pm
RELATED TOPICS