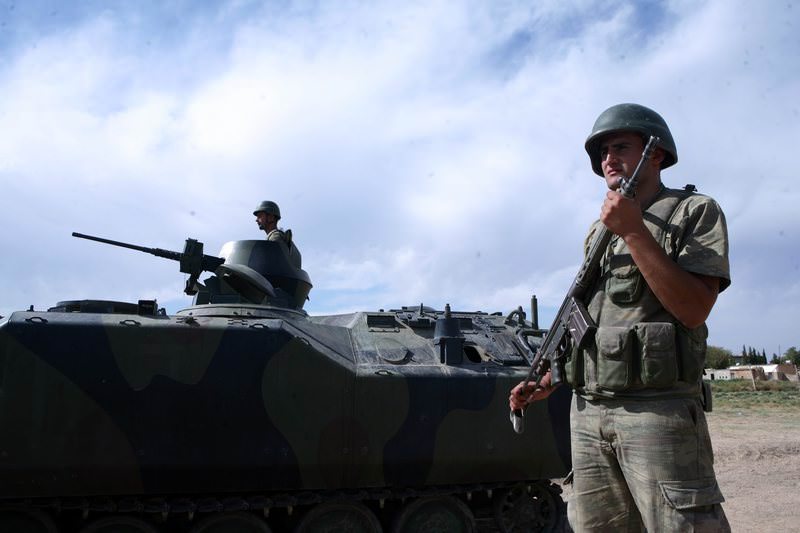 by Daily Sabah Dec 04, 2015 12:00 am
150 Turkish soldiers equipped with heavy weapons arrived on Friday at the outskirts of Daesh-held Mosul in Northern Iraq.

"Turkish soldiers have reached the Mosul Bashiqa region. They are there as part of routine training exercises. One battalion has crossed into the region," the source said. The Turkish soldiers are training Iraqi troops, he added.

Sources told Daily Sabah that Turkey has trained 2,500 troops from the Kurdish Peshmerga forces, 1,250 from the Arab troops and the aim is to increase this number to 14,000 troops.

According to information an AA reporter received from reliable sources, new Turkish troops were deployed to the area located near Mosul to replace its current unit who has been there for 2.5 years for the training of Peshmerga.

Along with 150 soldiers, 20 to 25 tanks were also dispatched to the area, the sources added. The total number of troops in Mosul is 1200, sources told Daily Sabah.

The Kurdish Regional Government's (KRG) deputy peshmerga minister, Major General Karaman Kemal Omar, said that the training given by Turkish soldiers made a huge contribution to an operation by Iraqi Kurdish forces to retake Sinjar district from Daesh on Nov. 12.

A US official told Daily Sabah that the operation was conducted within the US-led coalition's knowledge but coalition forces did not take part in the operation.

"We are aware of the Turkish presence in northern Iraq, which is not associated with Operation Inherent Resolve or Coalition efforts," the official said.

After the operation, Iraq said the entry of "around one armed battalion" of Turkish troops to the northern Nineveh area was a violation of its sovereignty and called on the Turkish forces to withdraw immediately, according to the prime minister's media office.

The foreign ministry described the Turkish activity is "an incursion" and rejected any military operation that was not coordinated with the federal government in Baghdad.
Last Update: Dec 05, 2015 4:13 pm
RELATED TOPICS