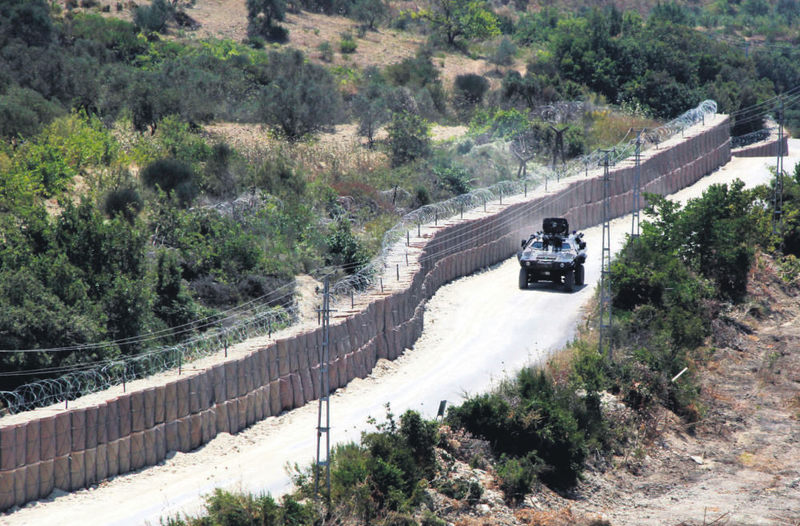 by Daily Sabah Dec 09, 2015 12:00 am
Despite concerns over Turkey's border security, the Turkish Armed Forces (TSK) captured 909 foreign fighters from 54 different countries this year thanks to measures taken along the borders.

Exerting efforts to better the conditions along the Syrian border, almost TL 300 million ($102.77 million) was spent. In addition, the National Defense Ministry is carrying out a project in coordination with the TSK and several governorates to build 186 more kilometers of concrete wall. According to statistics, security forces in the last five years have seized 6 tons of arms, 5.5 million liters of oil, 4 tons of marijuana and 22 million packages of cigarettes. In August, Turkish authorities decided to build a 3-meter long concrete wall along the Syrian border. The construction in the Reyhanlı district of Hatay province came as part of the tightened security measures along the border following a series of terrorist attacks starting with the Suruç suicide bombing on July 20 that killed 33 people. The 2-meter wide concrete blocks weighing 7 tons each are being placed on the border with a crane. The wall, which will stretch 8 kilometers, will be completed soon.

Commenting on Turkey's border security on Sunday, U.S. President Barack Obama said that Washington is collaborating with Ankara to seal the Syrian border. "We're working with Turkey to seal its border with Syria. And we are cooperating with Muslim-majority countries - and with our Muslim communities here at home - to counter the vicious ideology that ISIL [DAESH] promotes online," Obama said.
RELATED TOPICS