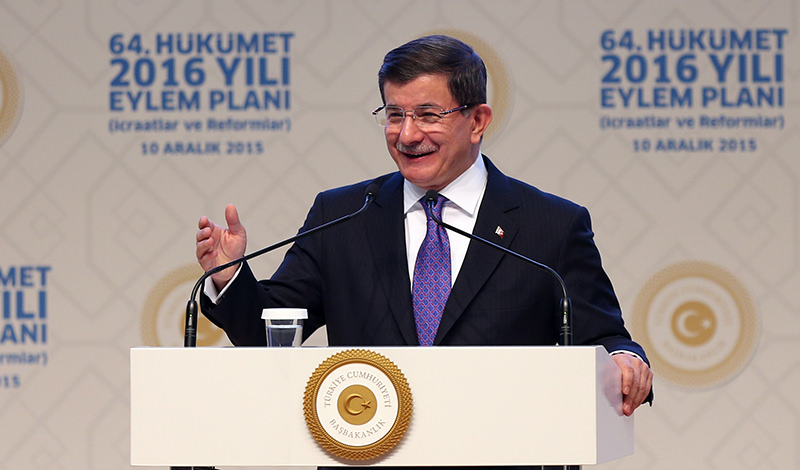 | AA Photo
by Daily Sabah Dec 10, 2015 12:00 am
Prime Minister Ahmet Davutoğlu presented the 64th government's action plan in the capital city of Ankara and underscored that many of the pledged reforms will be implemented as soon as possible. The government's action plan for 2016, which mainly consists of fulfilling economic pledges, also has a wide range of reforms to be implemented.

Some of these reforms are as follows:

- Alevi places of worship will be granted legal status. The Alevi initiative in Turkey was launched during Recep Tayyip Erdoğan's tenure as prime minister in 2009, and seven discussion workshops were held with the participation of Alevi leaders and representatives from different segments of society over a course of six months.

- Steps will be taken to solve problems that the Roma community faces. In the previous Justice and Development Party (AK Party) government, Davutoğlu appointed Turkish citizen Metin Özçeri, who is of Roma origin, as an adviser in order to reach out to Roma communities in Turkey. Moreover, Turkey's first Roma TV station recently started broadcasting with the aim of preventing prejudice against the community.

- Political ethics law will be enacted to create greater transparency in the financing of political parties and figures.

- Mechanisms set up to protect human rights will be strengthened and the Parliament's Human Right's Commission will be more active.

- The government intends to curb lengthy trials through employing an "ideal proceeding time," so a person would not be imprisoned for a lengthy period until a verdict is given.

- New laws will be implemented for cyber security and personal data safety.

- Municipalities will have to set up kindergartens to look after children of working parents.