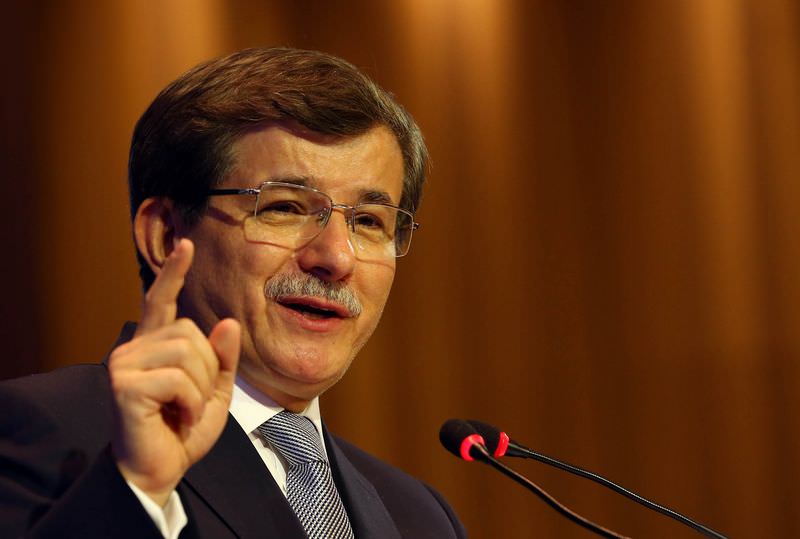 by Daily Sabah with Agencies Dec 14, 2015 12:00 am
Prime Minister Ahmet Davutoğlu on Monday said that Turkey may hold two separate referenda to determine the fate of constitutional reforms and a move to an executive presidential system.

Speaking live on A Haber television, Davutoğlu said that the government will not impose anything upon the people regarding the presidential system and that Turkey may hold two separate referenda for new constitution, and an executive presidential system.

Davutoğlu said he would begin talks with the opposition next week on a new constitution and a possible move away from the current parliamentary system, and that the government would provide a peaceful environment for discussions.

Davutoğlu also said there is no reason to halt the planned Akkuyu nuclear power plant with Russia, after Turkish officials said last week that Russia had stopped construction work.

The planned $20 billion project would be Turkey's first nuclear power plant. But it has been complicated by the worsening tensions between Moscow and Ankara after Turkey downed a Russian warplane over violation of airspace last month.

The country's current Constitution was drafted two years after a military takeover in 1980 and numerous amendments have been made to it since then.

"The central bank will take the necessary steps in terms of its policy-tool independence ... I don't think the Fed's impact on us will be too long-lasting or unsettling."

Turkey's current deficit account, which stood at around $130 million, remains fragile but is under control, Davutoğlu said. The government has a wide reform plan to improve Turkey's investment environment and will hold meetings next month and in February with foreign investors, governments and institutions, he said.
Last Update: Dec 14, 2015 10:53 pm
RELATED TOPICS