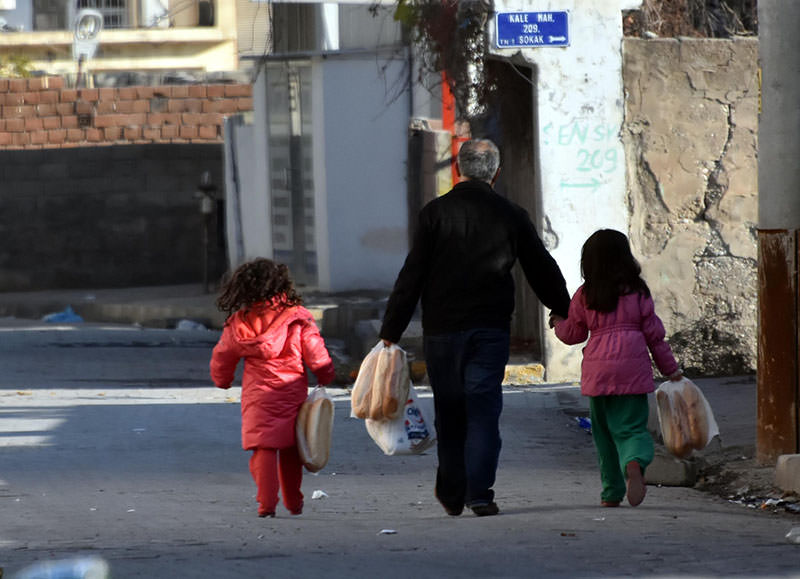 | DHA photo
by Anadolu Agency Dec 22, 2015 12:00 am
Deputy Prime Minister Numan Kurtulmuş said on Tuesday that the government was ready to support citizens in southeastern Turkey where an anti-PKK operation is ongoing.

"Any kind of support will be given to all citizens affected by terrorism," Kurtulmuş said in a televised interview.

Kurtulmuş noted that life would return to normal in the areas where the operations are ongoing.

Several towns in Turkey's southeast have been under a curfew for many days as Turkish security forces combat the PKK terrorist organization.

The PKK - considered a terrorist organization by Turkey, the U.S., and the EU - resumed its armed campaign in late July.

Since then, more than 200 members of the security forces have been martyred and over 1,700 PKK terrorists killed.

Addressing a possible rapprochement deal between Turkey and Israel, Kurtulmuş confirmed the ongoing talks describing them as heading in "a positive direction".

Last week saw the remarks from Ankara and Tel Aviv that Turkey and Israel were holding talks aimed at normalizing diplomatic relations more than five years after they were severed.

Prime Minister Ahmet Davutoğlu assured on Tuesday that Turkey would not make any concessions over its demand for compensation and lifting of inhumane restrictions on the Gaza Strip as talks continue with Israel to normalize bilateral ties.
Last Update: Dec 22, 2015 11:32 pm
RELATED TOPICS