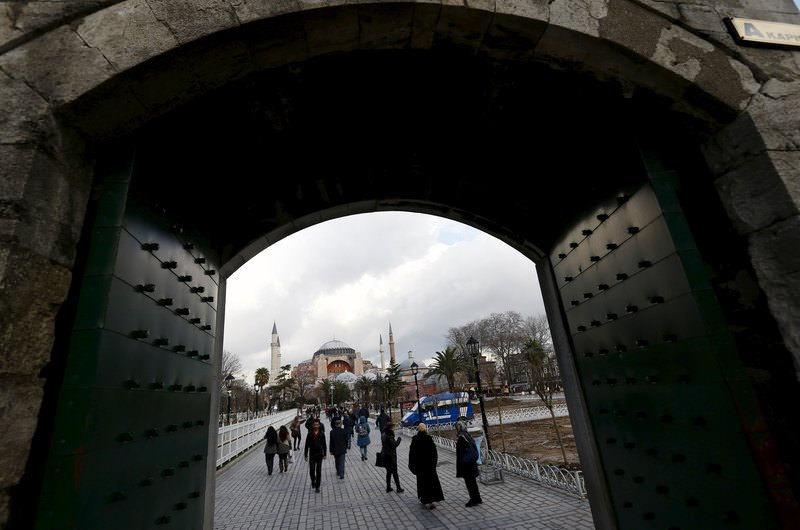 by daily sabah Jan 14, 2016 12:00 am
President Recep Tayyip Erdoğan, Prime Minister Ahmet Davutoğlu and Mehmet Görmez, the head of Turkey's state-run Presidency of Religious Affairs (DİB), are set to attend the Friday prayers at the Blue Mosque in Istanbul's Sultanahmet district to show their stance against terrorism.

According to presidential sources, Görmez will lead the prayers and later on the leaders will pay a visit to the scene of the deadly suicide attack in the Sultanahmet square.

The suicide bomber, a Syrian member of the Daesh group, detonated his charge on Tuesday morning near the iconic Blue Mosque and Hagia Sophia, killing 10 German tourists.

On Wednesday, PM Davutoglu, his wife Sare, and German Interior Minister Thomas de Maiziere had already paid their respects at the scene and laid flowers there.

But on Thursday, dozens of ordinary people came to the area, laying carnations, messages and even football scarves to remember the victims.
Last Update: Jan 14, 2016 8:34 pm
RELATED TOPICS