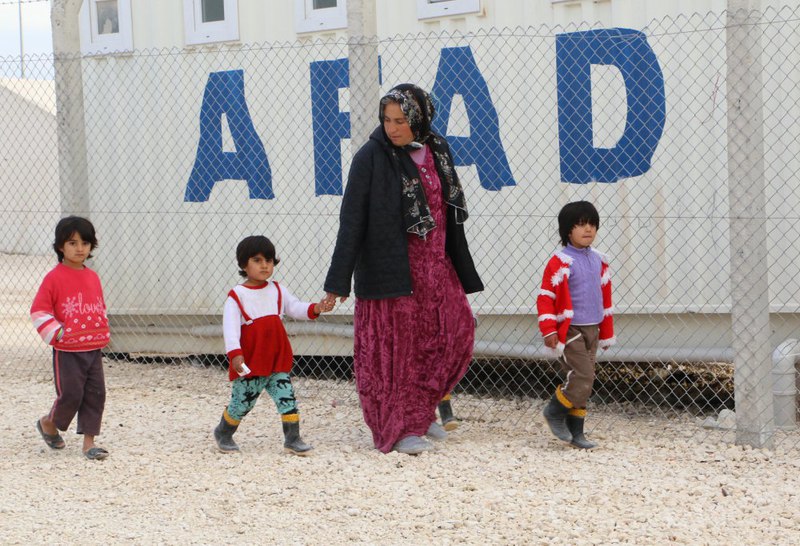 by daily sabah Jan 15, 2016 12:00 am
With the ongoing conflicts throughout the world, especially in the Middle East region, the international community is experiencing a crisis of an influx of refugees. In this regard, Turkey's Disaster and Emergency Management Authority (AFAD) has recently introduced a model by which they aim to overcome the world's current refugee crisis. The model is titled "Transforming Corporate Social Responsibility into Investment" and aims to tackle issues related to economics and logistics. Commenting regarding the model, AFAD President Fuat Oktay states that it will also benefit the actors who contribute to the model. Especially as a result of the regional developments, more than 235 million people around the world are immigrants and nearly 60 million people are either refugees or asylum seekers, in addition to the number of those who have drowned in the Mediterranean Sea.

This marks the highest numbers of refugees in world recorded history.

As the world's humanitarian organization is finding it difficult to respond to the current crisis, AFAD's recently introduced model encourages organizations such as the U.N., G20 countries and the EU, along with national and international corporations, to invest in countries or cities that are hosting asylum seekers under the framework of corporate social responsibility. The AFAD model encourages organizations and corporations to invest the financial sources that they have set aside for corporate social responsibility. The refugees or the asylum seekers will be employed by those businesses which would be established through the financial assistance coming from corporate social responsibility. With efforts to make the project more desirable and beneficial for corporate and organizations, the hosting country will place incentive systems into effect that would establish the physical and legal grounds for such investment.

Underlining that the organizations and businesses that would participate in the program would also benefit, AFAD President Oktay stated that the refugees would be able to provide support and care for themselves and their families. "Through taxes and employment, both the region and the hosting country's financial and social burden would be eased. Once the investing corporation desires to end its activities in this area, it can establish its exit strategy prior to making the investment," he further added. The AFAD model aims to keep host country and refugees from experiencing conflict. AFAD stresses that through following this model, not only the businesses and organizations will benefit, but also the entire region as well as the hosting countries. AFAD introduced this model last October during the U.N.'s Global consultation in Geneva, and it will also be addressed at the U.N. Humanitarian Summit in Istanbul on May 23-24.
Last Update: Jan 15, 2016 2:29 pm
RELATED TOPICS