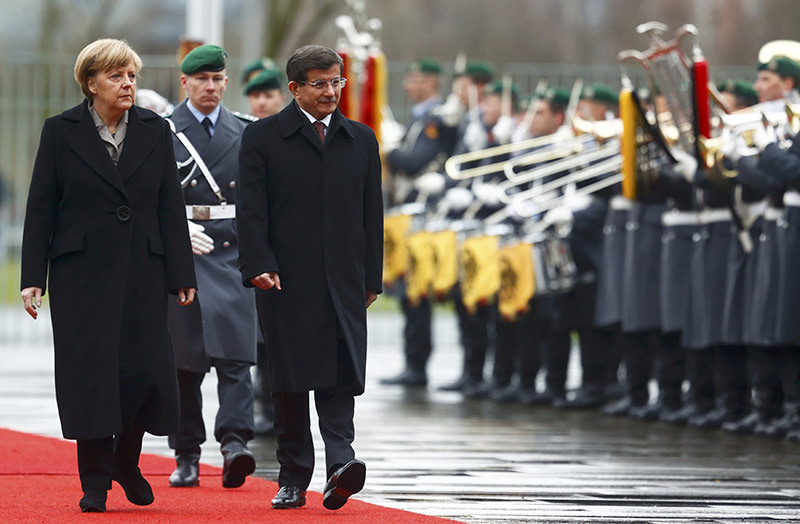 Davutou011flu, Merkel review the Guard of Honour during a welcoming ceremony in Berlin, Jan 12, 2015 (Reuters)
by Daily Sabah with AFP Jan 15, 2016 12:00 am
Prime Minister Ahmet Davutoğlu will be hosted by Chancellor Angela Merkel for talks next Friday, with discussions to centre on the suicide attack in Istanbul that claimed 10 German lives, Merkel's spokesman said.

Tuesday's "attack in Istanbul will play a central role" in the talks, said Steffen Seibert.

The two leaders will also discuss issues on both countries' priority lists, including their fight against terrorism and a record refugee influx to Europe.

The talks are part of a series of so-called government consultations that Germany has with only a handful of countries, including India and China.

Friday's meeting would be the first with Turkey's cabinet and will include interior, foreign and defence ministers from both sides.

Turkey has a special relationship with Germany as the biggest EU economy is not only home to around three million people with Turkish roots, but also its biggest trading partner.