PM Davutoğlu: Our main aim is to bring peace and security to the southeast 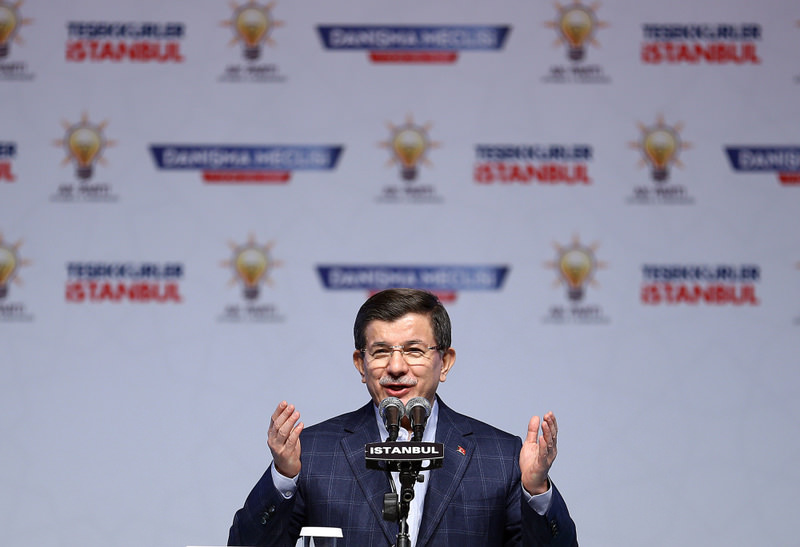 As the end of extensive operations in southeastern Turkey nears, Prime Minister Davutoğlu reiterated the main goal of the presence of security forces in the region is to bring peace and security by completely destroying all terror elements

The sole purpose of the government is to eliminate the PKK and to provide peace and security in southeastern provinces, Prime Minister Ahmet Davutoğlu said on Sunday in a speech at his Justice and Development Party's (AK Party) provincial advisory council in Istanbul."Our sole purpose is to completely destroy this terror killing our security forces, threating and killing our innocent citizens, closing and plundering the business places of our tradesmen, deceiving little Kurdish children and sending them to death by giving guns to their hands, which should be holding pens, and oppressing Turks, Kurds, Arabs and Zazas," he said.

Davutoğlu said terror is heinous due to it taking innocent lives as seen in the Istanbul suicide bombing in Sultanahmet Square on Tuesday and the recent PKK attack in the Çınar district of southeastern Diyarbakır province on Wednesday.

He also criticized the stance of the pro-Kurdish Peoples' Democratic Party (HDP) regarding PKK terror, and said: "Let alone showing that they have a responsibility concerning Turkey, they have become an address of irresponsibility and a mouthpiece of the violence."

Concerning the latest declaration by academics that accuses the state of conducting a deliberate massacre against civilians, he said the document is baseless and manifests the mentality of the PKK headquarters in Northern Iraq's Qandil Mountains.

"The declaration has not any single criticism or warning against the terrorist organization or a stance directly condemning the terror attacks. I know personally that there are academics who do not have a grasp of the knowledge about the content of the declaration that they signed."

Davutoğlu also called on the academics to reconsider the declaration, imagining dead children's bodies, saying: "While dead bodies of 1-year-old Ecrin, Efe and other children lay on the ground, if you do not withdraw your signatures from such a declaration that supports the terrorist organization and disregard its terror, each academic word of yours will be met with suspicion your entire life."

Turkey content with Iran nuclear dealSpeaking at a news conference before his visit to the U.K., Davutoğlu said Ankara is satisfied with the latest nuclear deal between the P5+1 and Iran, which will remove economic sanctions imposed on Tehran. "We are appreciative about the removal of sanctions to Iran," he said, adding that both Turkey and Iran must also work to end the violence in Middle East.

His visit on Monday and Tuesday will see Davutoğlu meet British Prime Minister David Cameron to discuss the Cyprus reunification talks, the situation in Syria and Iraq and counterterrorism. He will also address the opening of a Turkish investment conference in London organized by the Bank of America Merrill Lynch and will speak at events arranged by Bloomberg, Goldman Sachs and the Foreign Economic Relations Board. Davutoğlu will use the visit to meet representatives of British Turkish and Muslim communities in the U.K. and give his views on regional and global developments at Chatham House, an independent foreign policy think tank.
RELATED TOPICS