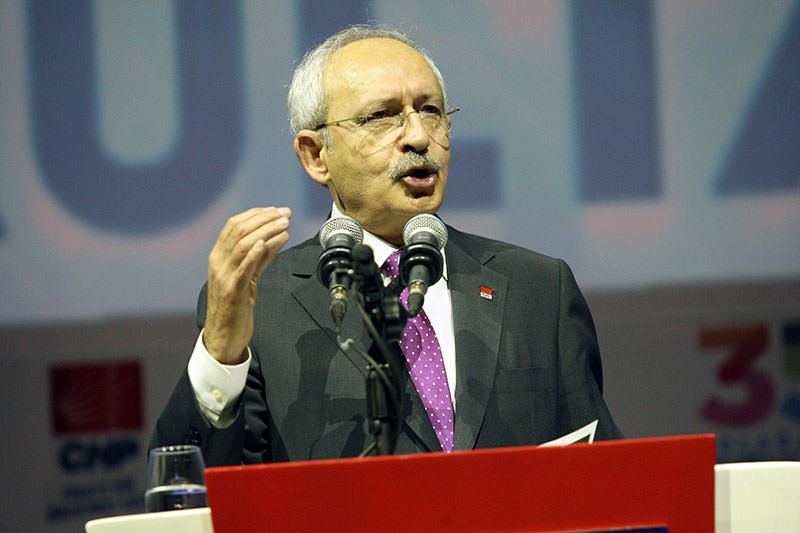 The investigation was opened after remarks made by Kılıçdaroğlu during the CHP's 35th General Congress in Ankara on Saturday.

Meanwhile, Erdoğan himself also pressed charges against Kılıçdaroğlu over his remarks at the congress.

In the petition presented to the public prosecutor's office in Ankara by Erdoğan's attorney Hüseyin Aydın , it was said that Kılıçdaroğlu repeatedly insulted Erdoğan and asked for TL 100,000 compensation for mental anguish.

The petition also asked a civil lawsuit to be launched against the CHP leader for insulting the president.

According to the Turkish Penal Code, Article 299, it is a criminal offense to insult the president. The offense carries a jail sentence of between one to four years.

The CHP is the biggest opposition party in Turkey, with 134 seats in the 550-member Turkish parliament. Kılıçdaroğlu has led the party since May 2010.

There has been antagonism between the two politicians in the past. In June 2015, Erdoğan filed a 100,000 Turkish lira lawsuit against Kılıçdaroğlu for 'mental anguish' after a bitter public spat over claims there were golden toilet seats installed in the country's Presidential Palace.

The allegation was described by the president's lawyer as "unfair and serious allegations which exceed freedom-of-expression rights".