Turkey not to have its potential squandered by nihilism of terror: PM Davutoğlu 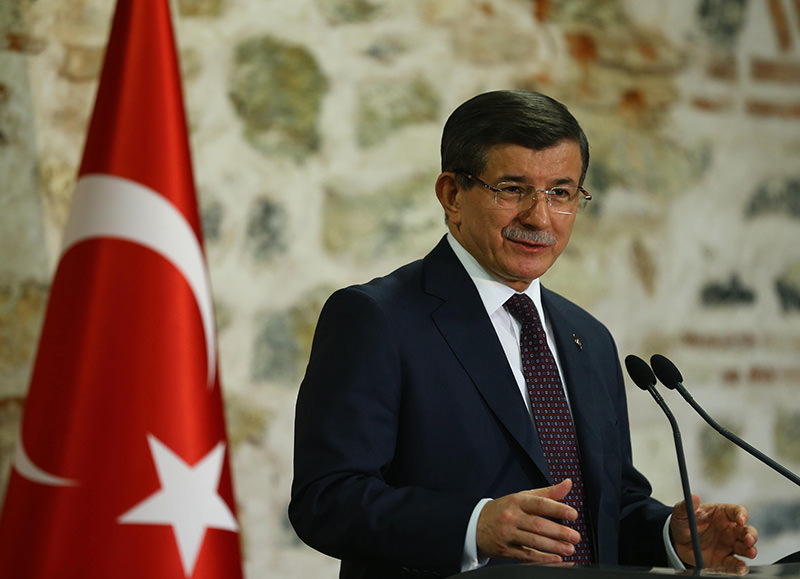 | AA photo
by Anadolu Agency Jan 20, 2016 12:00 am
Turkey has made enormous progress in the past decade that it will not allow its potential to be squandered by the "nihilism of terror", Prime Minister Ahmet Davutoğlu said Tuesday.

In a Wall Street Journal article dated Jan. 19, Davutoğlu said last week's terrorist attacks in Istanbul brought into ever sharper focus "the need for a coordinated international response to the crisis in Syria and the rise of terrorism globally".

"That Daesh, or so-called Islamic State, would dare to conduct an attack in such proximity to a historic place of worship demonstrates that it has nothing to do with religion," he said in reference to the Jan. 12 suicide attack in Istanbul's historic Sultanahmet district that killed 10 German tourists. "These are nihilists who worship death and reject life".

"While we mourn the victims of last week's barbaric attacks, our collective resolve will strengthen our fight against the spread of global terrorism. On its part, Turkey will continue to take every step to contain this threat beyond its borders and fight against it together with its coalition partners," wrote Davutoglu.

"The possibility that an entire generation's potential might be squandered to the nihilism of terror would be unforgivable. It is our collective and historical responsibility to eradicate this risk once and for all," he said.

Turkey's recent economic and democratic progress has been so strong that terrorism will not be able to jeopardize the country's future, according to the premier.

He said, as a result of the significant structural reforms undertaken since 2002, "Turkey's economy has become synonymous with stability and success".

The Turkish economy has enjoyed a strong growth rate in recent years, posting an average growth of 5.4 percent from 2010 to 2014.

The country now has the fastest-growing economy in the Organization for Economic Cooperation and Development (OECD).

Last year, the Turkish economy grew 4 percent, more than twice the rate of many comparable emerging markets, Davutoğlu said, adding that the country is targeting a 4.5 percent growth in 2016, backed by strong domestic demand and a recovery in the European Union, Turkey's key trading partner.

The premier went on to say that the country would implement a landmark structural-reform agenda, "which will boost inclusive growth, support job creation and improve overall living standards".

"Our sustained success has been achieved through an underlying recognition that economic growth cannot occur in a vacuum and that a free economy cannot exist in the absence of a fully functioning democracy," he said.

"As a historian and diplomat, I recognize that words alone aren't enough to facilitate change. That's why every effort has been undertaken to ensure that the benefits of economic growth are felt by all. This reflects this government's desire to adopt a new approach, a new political language and a new dialogue on Turkish politics that mirrors the needs of the Turkish people".

He said Turkey's growth had taken a uniquely inclusive dimension that could be seen in the creation of 7 million new jobs since 2007 and a significant increase in labor-force participation.

"This inclusive approach can also be witnessed in the unprecedented support Turkey has contributed to the refugee crisis", he added. Turkey presently hosts more refugees than any other country in the world, according to the UN refugee agency. The country has spent nearly $8 billion caring for more than 2.5 million Syrian refugees on its soil.
Last Update: Jan 21, 2016 12:15 pm
RELATED TOPICS